Merger back on as Cisco and Acacia agree higher price

Networking giant will now pay $4.5BN for the silicon photonics company, up from the $2.6BN agreed in 2019. 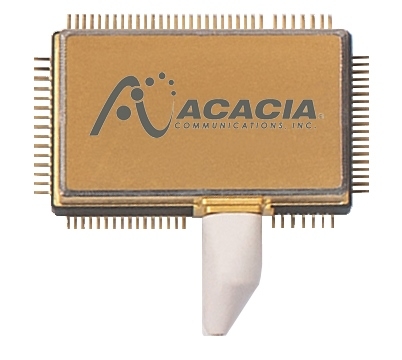 Cisco and Acacia Communications have signed a new merger agreement valuing Acacia at $4.5 billion - a huge increase on the $2.6 billion deal agreed by the two firms back in July 2019.

Earlier this month Acacia had attempted to terminate that original agreement - which would have seen Cisco pay $70 per share for the silicon photonics company - after it appeared that China’s State Administration for Market Regulation (SAMR) failed to clear the merger within the timeframe of the original merger agreement.

Cisco immediately disputed that and headed to the courts to keep the merger on track, saying it had been informed by SAMR of imminent approval. Acacia fired back, saying that an email message from SAMR did not constitute genuine regulatory approval.

However, the two companies appear to have buried the hatchet, now agreeing a $115-per-share, all-cash deal that values Acacia around 65 per cent higher than at the time the original deal was signed.

Mutual agreement
Acacia’s CEO Raj Shanmugaraj said earlier this week that the firm’s 2020 sales would likely be around 25 per cent higher than the 2019 figure, also pointing out just how much the optical networking sector had been impacted by the Covid-19 pandemic and accompanying shifts to remote working, learning, and socializing.

According to the merger agreement, Shanmugaraj and the Acacia employees will join Cisco's optics business unit once the renegotiated merger is completed.

“I am delighted that Cisco and Acacia have decided to come together in this mutual deal,” said Cisco’s CEO Chuck Robbins, in a joint statement by the two companies. “We look forward to welcoming Raj and the Acacia team to Cisco to offer our customers world-class coherent optical solutions to power the Internet for the future.”

Shanmugaraj says that Acacia was benefiting from increased demand for coherent interconnects in hyperscale and service provider optical networks, particularly in edge and metro applications.

Silicon integration
The firm’s pluggable 400 Gb/s modules are based on Acacia’s latest silicon photonics integration technology, which it refers to as “3D siliconization”, and uses to integrate photonic integrated circuits (PICs) with other critical electronic components.

“The pending acquisition of Acacia reinforces Cisco's commitment to optics as a critical building block that will enhance the company's 'Internet for the Future' strategy,” stated Cisco, adding that it was committed to supporting Acacia's existing and new customers in networking products and data center applications.

Bill Gartner, the general manager of Cisco’s optical systems and optics group, added: “Both Cisco and Acacia have been focused on helping customers create a simpler operations environment, with a shared vision for the future of routing and switching with pluggable optics.

“Together we will ignite our strategy to transform the optical world as we know it, with innovative solutions to boost network capacity inside and outside the data center.”