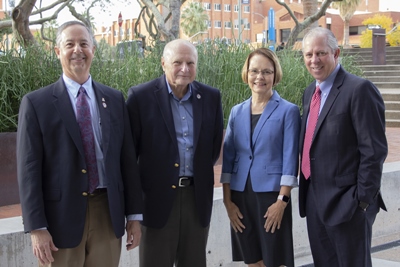 by Ford Burkhart in Tucson
An unprecedented $20 million gift to the University of Arizona (UA) College of Optical Sciences will endow ten new faculty positions, the college has announced. It will help ensure that the institution remains among the top three or four US optics colleges, officials added.

The money - donated by the founding dean of the college, Jim Wyant - is the largest ever for faculty chair positions at UA. The ten new positions will result in a 30 per cent increase in the size of the college’s faculty, said its current dean, Tom Koch.

“Jim Wyant was brilliant at translating his discoveries into fundamental products,” said the University of Arizona president, Robert Robbins. “He always had a sense of urgency about the great things this college will do to earn its reputation as a world leader in this field.”

Five years ago Wyant also gave $10 million to the college to support graduate student scholarships. Explaining his latest gift, which will be provided over five years, Wyant said: “This is the best optics program in the world. To remain at the top, we have to have more faculty.”

Koch added: "This is an incredible, enabling moment for the College of Optical Sciences, giving us an unprecedented opportunity to advance the rapidly expanding ways that optics and photonics can improve our lives."

Ubiquitous technology
Back in 1983, and while a faculty member himself, Wyant started up his first company - WYKO Corporation - with a post-doctorate colleague. WYKO commercialized his invention of a breakthrough interferometer that could provide precise measurement of surfaces of recording heads on hard disk drives – technology that subsequently became ubiquitous in personal computers.

“We measured the shape or the roughness of a surface of recording heads,” explained Wyant. “Essentially, everyone in the world who made hard disk drives bought our instruments.”

Then in 2002, Wyant founded the Tucson company 4D Technology Corporation, a maker of high-performance interferometric measurement and inspection systems. It provided technology that would work in the presence of vibration, Wyant said, and was used to test all of the optics for the James Webb Space Telescope (JWST). 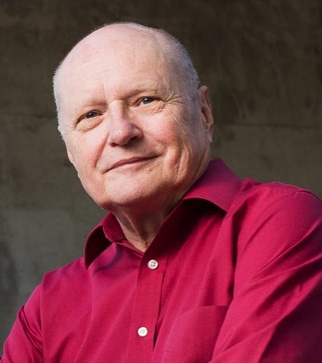 Intended as the replacement for the Hubble Space Telescope, JWST is currently scheduled to launch in 2021.

Just last month, 4D Technology was sold to Silicon Valley process control systems firm Nanometrics, in a cash-plus-stock deal worth $40 million. Wyant had remained one of the three principal stockholders in 4D Technology.

Established back in 1964, the UA College of Optical Sciences is well known for its interdisciplinary research and now offers the largest such program in the US, awarding 2800 degrees so far.

To further the impact of his gift, Wyant has agreed to transfer $1.5 million from the Distinguished Endowed Chair Fund into a separate endowment in optical sciences when a donor or a donor group offers $500,000 to create a new, named endowed faculty chair.

These new endowed chair funds, named by the donors, will then hold a minimum balance of $2 million each and give the college the resources to hire and support more faculty.