Photonics technologies get quantum project support in UK and Israel

QLM and Raicol Crystals among the companies to benefit from latest project funding. 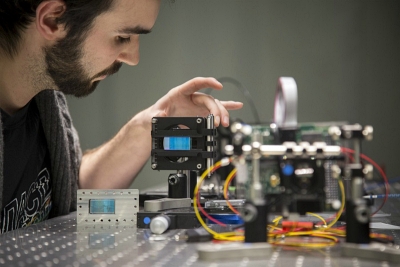 Photonics companies in the UK and Israel have landed additional funding for the development of quantum technology applications, one of the hottest topics in research globally.

In the UK, the Department for Business, Energy and Industrial Strategy (BEIS) last week announced that 38 new quantum-related projects were to share £70 million of support.

That money is part of the £153 million previously allocated to quantum technology development by the UK government a year ago, and is set to be augmented by another £30 million from the private sector. Some 80 companies are said to be involved in the 38 projects now allocated funding.

Roger McKinlay, who heads up the “industrial challenge” element of the UK’s quantum technology funding, said in the BEIS release:

“Many of these projects have managed to start during lockdown, which is very good news. The funding competitions were over-subscribed, illustrating the vibrancy and rate of growth of the UK’s emerging quantum technology sector.”

McKinlay added that around one third of the projects funded are focused on the high-profile application of quantum computing. While photonics technologies can be used in quantum computing, they are also critical to some nearer-to-market ideas, notably quantum-encrypted optical communication, and various sensing technologies.

Quantum lidar
Among the photonics companies to win support in the latest round is the University of Bristol spin-out QLM Tech.

Short for Quantum Light Metrology, QLM is developing compact, high-sensitivity, low-power lidar systems for gas detection and imaging that are based around detection of single infrared photons.

It is hoped that the technology will give producers and distributors of natural gas a fast, accurate, and low-cost tool for identifying leaks. The latest funding will see it collaborate with energy giant BP and the UK’s National Grid to develop the “quantum-enabled” gas sensors.

The startup previously developed a drone-mounted system said to be capable of remotely detecting and quantifying tiny methane leaks.

In the US alone, methane leaks from well-heads and pipelines are believed to cost the oil and gas industry between $6 billion and $30 billion every year - with the degree of uncertainty highlighting how few leaks are currently detected.

In fact, methane leaks from the natural gas and petroleum industry are now thought to be the leading source of methane emissions in the US, surpassing livestock digestion and landfill.

Aside from the commercial wastage, there is a huge environmental cost to consider - although atmospheric methane is found in much lower concentrations than carbon dioxide, it is around 25 times more potent as a greenhouse gas. 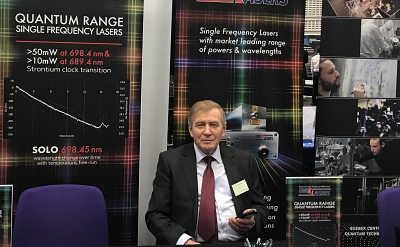 Lasers key to quantum
Lasers - and narrow-linewidth sources in particular - are critical to several of the emerging quantum technology applications that the UK funding is intended to help become commercialized.

M-Squared has been a major beneficiary. It is involved in two recently funded projects, namely development of an optical lattice clock based around laser-cooled strontium atoms, and a field-ready gravimeter to identify hidden underground hazards.

While full details of all 38 new projects are not yet available, Edinburgh-based UnikLasers has been involved in several earlier efforts supported by the UK's quantum technology development program.

Fedor Karpushko, founder and CTO at the precision diode-pumped solid-state (DPSS) laser specialist, says that its lasers emitting at 698.4 nm (for the strontium clock transition) and 780.24 nm (rubidium transition), are able to match the optical performance of advanced Ti:sapphire lasers, but in a much more compact footprint and at a price point comparable to external-cavity diode lasers (ECDLs).

"Further work is ongoing to increase the output power to hundreds of milliwatts, and to match other quantum-relevant transitions - in particular 813 nm," Karpushko told optics.org.

"We will demonstrate that this laser platform can operate on many otherwise difficult-to-access but crucial lines, thus opening new opportunities [in] the research, defense, space, and consumer markets."

Crystals for QKD
Over in Israel, the nonlinear materials specialist Raicol Crystals is now collaborating with California-based Qubitekk on quantum key distribution (QKD) technology for applications in high-security communication.

Thanks to a research grant from the Israel-US Binational Industrial Research and Development (BIRD) Foundation, the two companies are looking to develop a compact source that will serve as a terminal for sending encrypted messages.

The company’s crystals have recently been used in some high-profile applications - notably the ICESat-2 system for measuring ice sheet thickness from space - and inside the giant laser interferometers used to sense gravitational waves generated by powerful cosmic collisions.