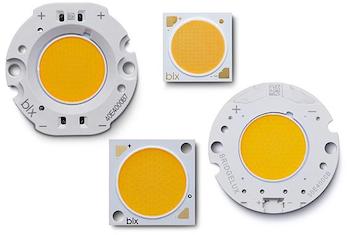 Existing industry metrics for the quality of artificial light include the Correlated Color Temperature (CCT), which describes the temperature at which a black body would be heated to make it glow in the same color; and the Color Rendering Index (CRI), relating to how a light source affects the perception of other colors when they are illuminated by that source.

LED lighting vendor Bridgelux has now created a new metric termed the Average Spectral Difference (ASD), relating to the naturalness of artificial light and intended to be objective measurement of how closely a light source matches natural light over the visible spectrum.

According to Bridgelux, no existing metric attempts to quantify the naturalness of artificial illumination, even though designers and luminaire manufacturers have a clear interest in how their lighting is perceived when in use. Hence the new data could assist a growing understanding of how LEDs contribute to the spectral diet of people living and working under artificial illumination.

Unlike both CRI and its relation TM-30, a standard which assesses color rendering based on comparison to a color palette of 99 colors and where higher values indicate higher quality light, ASD represents the difference between a bulb's spectrum compared to natural light. Therefore the lower the ASD value, the closer the match to natural light.

A need for objective and quantitative comparisons

Discussing the need for a new standard, Bridgelux stated that LED manufacturers have put considerable effort into optimizing the composition and application of phosphor coatings on LED semiconductor dice chips, so as to balance the significant blue emission from white LEDs.

For its Thrive LEDs the company's approach is to employ dual blue pumps at 430 and 480 nanometers, an architecture intended to spread the blue energy while eliminating any single blue emission peak, and a difference reflected in the ASD parameter now developed by the company.

ASD is calculated by comparing the radiometric power of the light source against an industry standard reference spectrum, which can include established daylight reference spectra, at 1-nanometer intervals between 425 and 690 nanometers. The difference at each wavelength is expressed as a percentage deviation, and the absolute value of all the resulting 266 values is then averaged to produce a single ASD number.

When expressed as a percentage, the ASD will always compare a test source to a reference source at the same CCT, according to Bridgelux, and by taking into account all wavelengths across the indicated range it presents a more comprehensive and scientifically credible metric, independent of human observation variables.

"The new ASD metric developed by Bridgelux provides an objective and quantitative way to compare light sources and determine how closely they match the spectra of natural light," said Cumpston. "We hope this new metric will be broadly adopted in the lighting industry to provide new insight into naturalness beyond CRI and TM-30."