Each covers an area of 900 mm2 using low-cost methods and several orders of magnitude larger than usually possible. 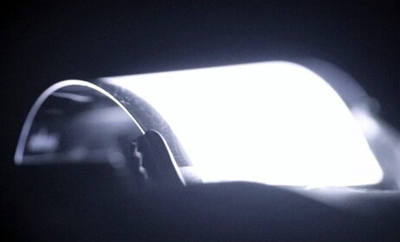 A research team led by Prof Tan Zhi Kuang from the Department of Chemistry and the Solar Energy Research Institute of Singapore (SERIS) has developed high-efficiency, near-infrared LEDs that can cover an area of 900 mm2 using low-cost solution-processing methods.

SERIS notes that infrared LEDs have applications in optical communications and covert illumination, and are commonly found in remote controls and security camera setups. The institute stated, “They are generally small point sources, which limits their use if larger-area illumination is required in close proximity, for instance, on a wearable device.”

This is several orders of magnitude larger than the sizes achieved in other efforts, and opens up a range of interesting new applications. Their devices employ a novel perovskite-based semiconductor, which is a direct-bandgap semiconductor that is capable of strong light emission. The work is reported in Nature Photonics.

By using a new device architecture, the research team can precisely tune the injection of electrons and holes (negative and positive charges) into the perovskite, such that a balanced number of opposite charges could meet and give rise to efficient light generation. The team also found that this improvement allowed large-area devices to be made with significantly higher reproducibility. 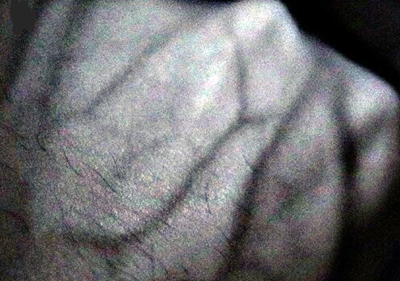 You're so vein: illumination with a SERIS NIR perovskite LED on the back of a fist.

Zhao Xiaofei, a Ph.D. student on the research team commented, "We found that the hole-injection efficiency is a significant factor that affects the performance of the devices. By using an organic semiconductor with a shallower ionization potential as part of the device structure, we were able to improve the hole injection and achieve charge balance.

“This allowed our devices to emit light at efficiencies (external quantum efficiency of 20%) close to their theoretical limit, and additionally reduced the device-to-device performance variation, hence enabling the realization of much larger devices."

Prof Tan said, "Some of the technologies that our device could enable may include covert illumination in facial recognition or augmented reality/virtual reality eye-tracking technologies. In particular, we have demonstrated that our LEDs could be suited for applications involving subcutaneous deep-tissue illumination, such as in wearable health-tracking devices.

"These materials could also be developed to emit light in the full range of visible colors. They could therefore be applied in newer generations of flat-panel electronic displays," he added.