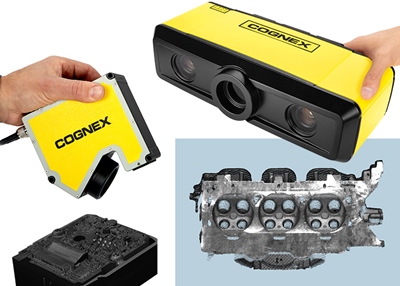 Cognex, the Natick, Massachusetts, company specializing in machine vision equipment, is expecting full-year sales in 2019 to decline on last year’s result, largely because of a slowdown in demand from the consumer electronics sector.

Despite reporting record sales of $173.5 million for the opening quarter of the year, CEO Robert Willett told investors to expect a slight decline this year, amid a wider slowdown across key manufacturing sectors.

Company founder and chairman Bob Shillman said: “Slower business conditions have dampened our expectations for growth in the near term. Nevertheless, our products are a key element of factory automation and logistics, which we believe are both growth markets, and we remain optimistic about Cognex’s future over the long term.”

Willett added: “Our history shows that growth for Cognex is not linear; we’ve had ups and downs in the past driven by various external factors. This current slowdown will be temporary and does not change our positive view of the long-term potential for Cognex.”

Markets responded to that outlook by sending the company's stock down around 15 per cent on the Nasdaq exchange in early trading April 30, the day after the Cognex executive team released the latest figures.

Deferred investments
During an investor conference call to discuss the latest results, the CEO further explained: “Lower spending by customers in China and in the automotive sector in the Americas offset most of the strong growth that we achieved in logistics.

“In consumer electronics, we now expect customers to defer investments in automation and machine vision, particularly in smartphone manufacturing.”

That is expected to reduce sales into consumer electronics application by as much as one-third this year, continuing a decline that began in 2018.

“While there's inherent volatility in consumer electronics as we witnessed over the past three years, we remain confident that we are not losing share in this market, and that Cognex machine vision is a key element of manufacturers’ long-term plans,” reassured Willett.

As a result of that decline, the automotive sector is expected to represent the company’s largest single application area this year. But automotive is another sector that is in retreat currently, with Willett adding:

“After three years of strong growth, revenue from automotive is relatively flat due to lower sales in China and the Americas. Manufacturers are scaling back and delaying large automation projects in response to changes in consumer purchases, declining unit sales and evolving product roadmaps.”

On the plus side, trends towards electric vehicles and greater use of electronics within vehicles should all benefit Cognex in the long run.

3D vision opportunity in logistics
In the buoyant logistics sector, Willett reported increased uptake of Cognex barcode readers among household names in e-commerce that are increasingly automating their warehouse and distribution center operations.

While barcode readers are the mainstay products within logistics right now, Willett does see plenty of potential in the sector for much more advanced technology – including 3D machine vision.

“We're seeing it expand into vision more for various tasks like inspecting packages, looking for damaged packages, or looking at numbers or letters on packages and symbols such as hazard symbols,” said the CEO.

Concluding the investor call, founder and chairman Shillman commented that it was “obvious” that things were slowing down in the world of manufacturing. “The sale of new phones doesn't seem to be growing, and the sale of cars seems to be slowing, maybe millennials or whatever,” he said.

But despite that, Shillman added, Cognex is still generating a very healthy profit and plenty of cash. Net income according to standard accounting procedures in the latest quarter came in at $33.1 million – down from $37.2 million a year ago but still representing a healthy chunk of sales. 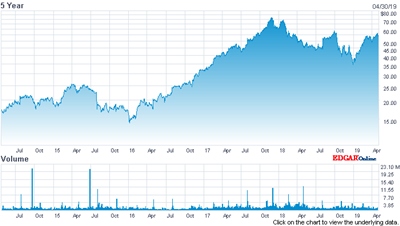 On its balance sheet, Cognex now lists some $864 million in cash and equivalents, up very strongly in the latest quarter, giving Willett and Shillman plenty of scope to consider further expansion through mergers and acquisitions.

The company has also decided to pay shareholders another quarterly dividend of $0.05 per share.

• Following the financial update, Cognex’ stock price slipped back more than 15 per cent as investors reacted negatively to the 2019 outlook.

At around $45 on the Nasdaq exchange, the stock is now trading around 25% down on its all-time high, reached in 2017.