Device generates terahertz radiation outside of a laboratory and at much higher temperatures. 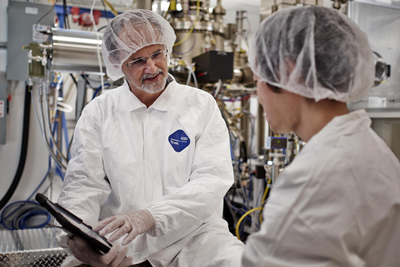 Researchers at MIT, Ma., USA, and the University of Waterloo, On., Canada, have developed a high-power, portable version of a quantum cascade laser, which can generate terahertz radiation outside of a laboratory setting. The laser could potentially be used in applications such as pinpointing skin cancer and detecting hidden explosives.

Until now, generation of terahertz radiation powerful enough to perform real-time imaging and fast spectral measurements required temperatures far below 200 kelvin (-100F / -73C) or lower. These temperatures could only be achieved with bulky equipment that limited the technology’s use to a laboratory setting.

MIT Distinguished Professor of Electrical Engineering and Computer Sciences Qing Hu and colleagues report that their terahertz quantum cascade laser can function at temperatures of up to 250 K (-10F), meaning that only a compact portable cooler is required. The work is reported in Nature Photonics.

Terahertz quantum cascade lasers, tiny chip-embedded semiconductor laser devices, were first invented in 2002, but adapting them to operate much above 200 K proved to be so difficult that many people in the field speculated that there was a fundamental physical reason preventing it, said Hu.

“With a high operating temperature, we can integrate this in a compact portable system and take this breakthrough technology out of the laboratory,” said Hu. “This will enable portable terahertz imaging and spectral systems that will have an immediate impact on wide-ranging applications in medicine, biochemistry, security, and other areas.” 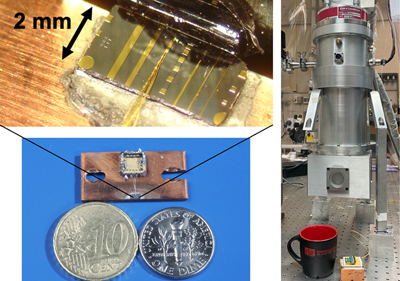 “Many authorities in the field didn't believe these devices could work outside a laboratory environment or anywhere close to room temperature,” commented Zbig Wasilewski, a physicist and professor of electrical and computer engineering at Waterloo and a principal investigator at Transformative Quantum Technologies. “Our combined expertise just changed this paradigm.”

The lasers, which measure only a few millimeters in length, are quantum well structures with meticulously custom-engineered wells and barriers. Within the structure, electrons “cascade” down a kind of staircase, emitting a light particle, or photon, at each step.

One important innovation described in Nature Photonics was the doubling of the height of the barriers within the laser to prevent leakage of the electrons, a phenomenon that tended to increase at high temperatures.

“We understood that over-the-barrier electron leakage was the killer,” causing the system to break down if not cooled with a cryostat, said Hu. “So, we put a higher barrier to prevent the leakage, and this turned out to be key to the breakthrough.”

Previously, higher barriers were explored sporadically, but they yielded inferior results, said Hu. The prevailing opinion was that increased electron scattering associated with the higher barriers was detrimental, and therefore higher barriers should be avoided. The research team developed the correct parameters for the band structure for tall barriers and a conceptually novel optimization scheme for the design. 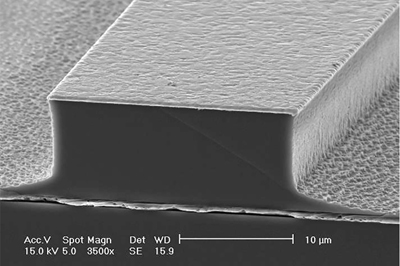 “These are very complex structures with close to 15,000 interfaces between quantum wells and barriers, half of which are not even seven atomic layers thick,” explained co-author Wasilewski. “The quality and reproducibility of these interfaces are of critical importance to the performance of terahertz lasers.

“It took the best in molecular beam epitaxial growth capabilities — our research team’s key contribution — together with our MIT collaborators’ expertise in quantum device modeling and fabrication, to make such important progress in this challenging sector of THz photonics.”

In a medical setting, the new portable system, which includes a compact camera and detector and can operate anywhere with an electric outlet, could provide real-time imaging during skin-cancer screenings or even during surgical procedures to excise skin cancer tissues.

The cancer cells show up “very dramatically in terahertz” because they have higher water and blood concentrations than normal cells, said Hu. The technology could also be applied in many industries where the detection of foreign objects within a product is necessary to assure its safety and quality.