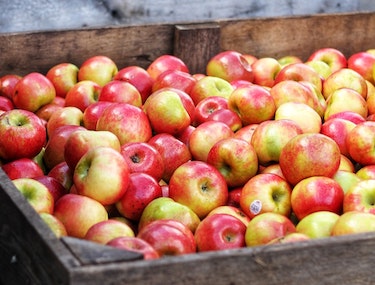 Current supply chains for fresh produce are known to be inefficient, with up to one-third of fruit and vegetables lost or wasted before reaching consumers.

A significant amount of that wastage occurs during long-term storage, where large quantities of produce are collected in one location but then either rot or decline in quality without it being noticed.

A new project under the EU's Horizon 2020 program aims to tackle this problem, by developing a gas sensor platform able to detect the levels of methanol and other species in the atmosphere around stored fruit and vegetables.

The MAX-FRESH consortium, led by commercial storage experts Storex Belgie and including NKT Photonics, believes its device will be "the world’s first automated multi-species trace gas sensor that can simultaneously and in real-time detect low levels of 7 volatile gases that indicate ripening, fermentation, damage or rotting of stored fruit."

The project was launched in October 2020, supported by €2 million of EU funding out of a total budget of €2.8 million, and is due to run for three years.

MAX-FRESH builds on the previous development of a prototype platform, the ISS-Monitor, created during a separate and recently concluded European project called QCAP part-funded by the EU's Interreg North-West Europe program. NKT Photonics has participated in both QCAP and MAX-FRESH as the supplier of laser technology.

In its most recent report for the final stage of the project, QCAP stated that two of its prototype monitoring systems were currently in use, one performing measurements on blueberries stored in Jork, Lower Saxony, and the other studying emitted gases from potatoes at Cranfield University, UK.

MAX-FRESH now aims to further develop the ISS-Monitor and bring it to market after 2023. The consortium believes that its work can potentially reduce the losses of stored fresh food by 50 percent, extend storage life by 20 percent, and reduce post-harvest chemical treatments by 50 percent. Cumulative revenues for the group of €110 million are predicted.

NKT Photonics indicated that the optical set-up in the platform's gas sensor is built around the company's SuperK Fianium supercontinuum white light laser, selected for its broad spectrum and high intensity output. The associated gas sensor was developed by Radboud University, Nijmegen.

• Other recent projects have demonstrated the appeal of photonics techniques in the monitoring of fruit quality.

A hand-held device designed to assess the ripeness of kiwifruit was discussed at SPIE DCS Digital Forum earlier in 2020, combining LED light sources with a low-cost spectrometer in an approach specifically designed to avoid the complexity of high-resolution spectroscopy.

Cranfield University has previously developed an optical test for the quality of avocados, using non-destructive laser Doppler vibrometry to analyze the spectral response when the fruit is subjected to small vibrations, as a test of its firmness.