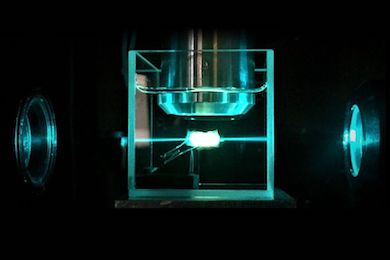 A technique to more effectively provide 3D images of malignant tissues, including the critical interface between tumor and host, has been developed by TU Wien.

It combines two existing approaches: tissue clearing to render the tissues transparent, and light-sheet microscopy (LSM) to image the tumor and its environment. The work was published in Nature Scientific Reports.

The new approach could mark a further advance in digital pathology methods, making it possible to analyze tumor tissues in 3D without needing to process samples through conventional, and slower, histopathology operations.

"Under the microscope you can see whether the removed tumor is surrounded by a seam of healthy tissue," commented Hans Ulrich Dodt from the Institute of Solid State Electronics at TU Wien.

"If this is the case, the patient often only needs to recover. If this is not the case, it may be necessary to perform follow-up surgery or additional radiation therapy. Especially after breast cancer operations this happens frequently."

A microscopy approach able to image an entire tumor in 3D would ideally mean that a greater volume of the tumor is imaged than is feasible with the cutting and removal of discrete sections, in which slices are usually taken every 5 millimeters, according to TU Wien.

In this traditional approach only about one thousandth of the entire tumor volume is actually examined. "In critical areas, a finer spacing may be chosen, but it is impossible to study the entire tissue in this way," noted Dodt.

The project builds on previous work involving TU Wien and Max Perutz Labs into the optical clearing of tissues as a means to reveal the nervous systems of animals. Earlier in 2020 the team developed the DEEP-Clear protocol intended to improve the versatility and feasibility of the approach through careful adjustments to solvent and reagent chemistry.

The new study involved a bespoke clearing operation in which the tissues were initially rendered transparent as rapidly as possible. According to the team's published paper, careful reagent choice allowed sections of breast tissue even larger than the clinical standard size of 30 x 20 x 5 millimeters to be made transparent in under 48 hours.

In addition, the new protocol modifies a standard formaldehyde fixative reagent with a Sulfosalicylic acid compound termed 5ssA, creating a mixture which enhances the subsequent autofluorescence of the transparent sample.

"This method will revolutionize pathology"

Optical imaging of the cleared tissues utilizes a light-sheet microscopy operation, followed by computational reconstruction of a 3D view of the sample.

The technique specifically employs the variant LSM technique developed by TU Wien termed ultramicroscopy, said to improve the technique's resolution of fine details. This uses a combination of achromatic aspheric optical elements and achromatic cylindrical lenses to control the laser light sheet generated, and enhance two-sided illumination of the sample.

In trials, the technique was applied to the imaging of human breast tissues, and proved able to show the vasculature in tumor resectates, as well as milk ducts and cell aggregations.

Reconstructing the whole tumor in its spatial vicinity, including the complete tumor margins in 3D, could ultimately involve up to several thousand optical sections per sample, according to TU Wien. The increased amount of image data could then allow the extraction of more useful clinical information from the results, perhaps through bespoke AI analysis, as well as simplifying the overall tumor diagnostics procedure.

"We are convinced that this method will revolutionize pathology," said Hans Ulrich Dodt. "Since it is now possible for the first time to display the spread of cancer cells in human surgical specimens in three dimensions, understanding of tumor biology should also make significant progress."