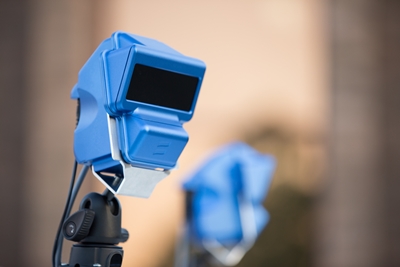 Baraja, one of dozens of startup companies developing lidar technology for future autonomous vehicles, says it has completed a $32 million series A funding round.

The Sydney, Australia, company, founded by a pair of ex-Finisar engineers, is set to show off its “Spectrum-Scan” technology at the Consumer Electronics Show (CES) next week in Las Vegas.

Based around dispersive optics and rapidly tunable semiconductor lasers initially developed for telecommunications applications, the approach is said to offer a way to scale up mass production of lidar systems at a cost point that would be suitable for the automotive industry.

Investors
The $32 million raised by the company comes from investors including Sequoia China, Blackbird Ventures, and the CSIRO Innovation Fund - managed by Main Sequence Ventures. Baraja previously told optics.org that it had also secured backing from Prisma.

Steven Ji, a partner at Sequoia China, has joined Baraja’s board of directors as part of the venture round. He said in a Baraja release that the Spectrum-Scan represented a “completely new category” of lidar technology that dispensed with the expensive and unwieldy spinning laser systems often seen on top of prototype self-driving cars.

“Everyone understands the challenges for traditional lidar,” Ji added. “They’re prohibitively expensive, difficult to manufacture at scale, and need to be incredibly robust. These problems need to be solved for the fully-autonomous vehicle to become a reality, which is why we’re so excited to be working with Baraja.”

Unlike many of its rivals in the automotive lidar space, the company is yet to announce details of any partnerships or deployments with major vehicle manufacturers.

Manufacturing scale
However, like a handful of other lidar developers – notably AEye and Luminar – Baraja is choosing to work with emitters operating in the 1.5 µm region of the spectrum. That is in contrast with many of the nascent industry’s early movers, who are using shorter-wavelength sources.

The longer-wavelength approach has the advantage of looser eye safety regulations, meaning that much more power can be deployed in a bid to achieve the kind of range and resolution necessary for safe driving. However, lasers at this wavelength are currently more difficult and expensive to manufacture.

Baraja’s co-founders, CEO Federico Collarte and CTO Cibby Pulikkaseril, believe that the way around that is to build on the giant strides made in optical telecommunications components over the past couple of decades.

By using tunable lasers and dispersive optics, the novel approach is able to scan quickly in different directions by switching wavelengths – doing away with any need for moving optics. Now with substantial financial backing, the focus is switching to production.

“There are so many lidar companies out there that simply haven’t invested in the systems and processes required to manufacture at scale.”