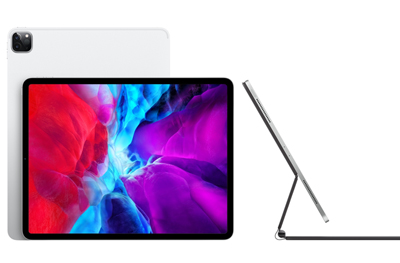 Apple has released its latest iPad Pro, which it describes as its “most advanced” iPad. The company stated at its March 18th launch, “With the A12Z Bionic chip, the iPad Pro is faster and more powerful than most Windows PC laptops.”

The LiDAR Scanner, along with the device’s “pro” cameras, motion sensors and audio, and the Liquid Retina display suit the iPad Pro to augmented reality-supporting applications, the company adds.

Notable high-tech consumer sector opinion formers The Verge and Wired suggest that the addition of LiDAR functionality to an iPad may not lead to much extra LiDAR usage on its own, but they speculate that it might be in preparation for Apple releasing a corresponding AR headset or smart glasses: Apple rumored to be working on a proper augmented reality headset or glasses; and Apple put a lidar scanner in a tablet to prepare for when it puts one in a pair of AR glasses, respectively.

The new iPad’s edge-to-edge Liquid Retina display — available in both 11in and 12.9in sizes — is described by Apple as “the world’s most advanced mobile display. Featuring P3 wide color support, it lets customers see photos, videos, apps and games in vivid, true-to-life detail. ProMotion technology automatically adjusts the refresh rate up to 120 Hz for ultra-smooth scrolling and responsiveness.”

The camera system on the iPad Pro features a 12MP wide camera for capturing photos and 4K video, and a 10MP ultra wide camera that zooms out two times to capture a wider field of view. The company explains that adding the second camera "doubles the photo and video possibilities, enabling different perspectives and multi-camera use.” 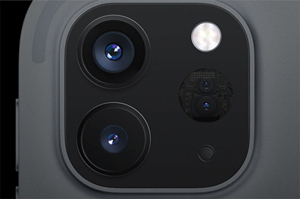 The LiDAR Scanner enables capabilities not previously possible on any mobile device, say the developers: “the LiDAR Scanner measures the distance to surrounding objects up to 5 meters away, works both indoors and outdoors.”

“New depth frameworks in the new iPadOS [operating system] combine depth points measured by the LiDAR scanner, data from both cameras and motion sensors, and is enhanced by computer vision algorithms on the A12Z Bionic management chip for a more detailed understanding of a scene. The tight integration of these elements enables a whole new class of AR experiences on iPad Pro.”

The specification continues, “Every existing ARKit app automatically gets instant AR placement, improved motion capture and people occlusion. Using the latest update to ARKit with a new Scene Geometry API, developers can harness the power of the new LiDAR Scanner to unleash scenarios never before possible.