BridgeComm says its global network of optical ground stations will be used to transmit imagery from HySpecIQ low-Earth orbit constellation. 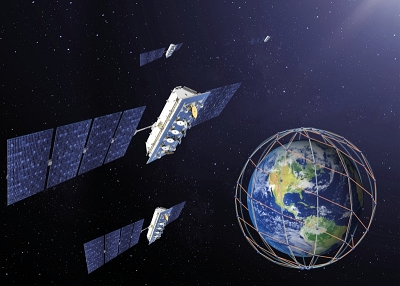 From 2022, a pair of satellites with hyperspectral imaging capability should be transmitting data back to ground stations on Earth via a wireless optical network.

The ambitious partnership between the US firms BridgeComm and HySpecIQ, announced March 10, is expected to see the combination of two optics and photonics technologies bring a new level of data provision to applications in environmental intelligence, national security, natural resources, agriculture, insurance, and risk management.

Founded in 2015, HySpecIQ has so far used airborne platforms, but in 2022 is due to launch two hyperspectral satellites that will be capable of collecting data across 105 wavelength bands. Ordered from Boeing, the two 502 Phoenix satellites will make it the first commercial provider of high-resolution hyperspectral information from space.

Its technology is based on point-to-point data transmission using infrared lasers that connect between telescopes, with the company saying that the links operate in the terahertz spectrum.

BridgeComm recently agreed a deal with the French light-beam shaping specialist Cailabs to improve the reliability of the optical links in atmospheric turbulence - traditionally the weakness of this approach.

It has also been working with Boeing’s “HorizonX” team to develop optical wireless systems with bi-directional mesh connectivity similar to that found in RF links.

“[The technology] is capable of supporting terrestrial, airborne and space systems that require 10-100+ Gbps throughput, as well as the high reliability and redundancy inherent in mesh architecture,” claimed BridgeComm in January.

Reconnaissance contract
Last September, HySpecIQ was awarded an imagery contract by the US National Reconnaissance Office (NRO) - the first of its kind to a commercial entity in the hyperspectral field.

“HySpeclQ is developing interesting new hyperspectral imaging capabilities that have the potential to contribute to our current and future overhead architecture,” said Pete Muend, director of the NRO’s Commercial Systems Program Office, at the time.

According to a paper presented during SPIE’s Defense, Security, and Sensing event in 2015, the HySpecIQ system has two key elements, and combines satellite sensors with “multimodal interpretation” (MMI) processing capabilities that can generate highly specific sets of information that can be sold as products.

In order to overcome some of the historical limitations of hyperspectral imaging, and to fully realize the market potential of the data that will be collected, the approach will look to the use of upstream data fusion for contextual accumulation of data for specific needs.

The company had originally envisaged launching the hyperspectral constellation in 2018.