BridgeSat is building a laser-based ground network to link with satellites in both low-Earth and geostationary orbits. 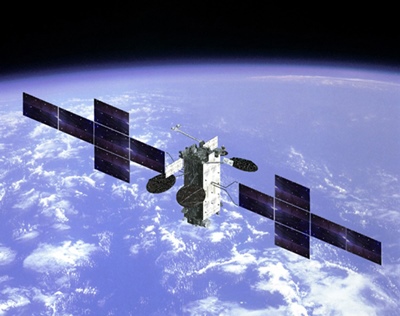 US-based BridgeSat, which is developing a free-space laser communications network for satellites, says it has opened its new network operations center (NOC) in Denver.

Claimed to be the world’s first such center, it is set to serve as the company’s hub for monitoring, management and control of all operational functions, including the optical ground station (OGS) network and customer payload repository.

Senior hires
Set up in 2015 with backing from the London-listed investment house Allied Minds, BridgeSat has been developing a compact, low-cost optical downlink technology, and has signed a deal with UK-based Surrey Satellite Technology to build the required laser terminals.

Both NASA and the European Space Agency (ESA) have also put significant resources into the development of laser space networks capable of sending large datasets – for example high-resolution images used in environmental monitoring or surveillance – at much faster rates than is possible with conventional RF downlinks.

BridgeSat sees a similar opportunity emerging for a commercial developer, and commenting on the Denver development, its CEO Barry Matsumori said: “With the opening of the world’s first NOC for laser satellite communications, BridgeSat has once again delivered an innovation that will help revolutionize satellite system architectures.”

Matsumori, who has previously held senior roles at Qualcomm, Virgin Orbit, and SpaceX, added: “It’s a milestone for businesses and government agencies that want a new satellite communications option, and it shows that for BridgeSat, ‘Space 2.0’ isn’t just marketing hype.”

BridgeSat has recently made a series of senior hires, including new VP of strategy and business development Rick Sanford – who joined the firm from SST’s US operation late last year.

On joining BridgeSat, Sanford said: “Laser communication to and from space has been a goal for close to two decades. BridgeSat is the first US company to focus on bringing the advances in current generation optical technology to the forefront of space-based communications terminals designed for CubeSat and SmallSat form factors and power constraints.”

Under that contract, it will work alongside another US company, AstroTerrace, to deliver the optical front-end for HICALI. “When ETS-IX is launched in 2021, HICALI is expected to deliver data rates of 10 Gb/s through an optical communications link between the ground and the ETS-IX satellite, located in a geosynchronous orbit above Japan,” announced the firms.

Describing the involvement with AstroTerrace and Japan’s National Institute of Information and Communications Technology as “a great honor”, BridgeSat CEO Matsumori said:

“They are the pioneers in space optical communications, and they share our mutual goal to advance this technology for the benefit of the world, and extend BridgeSat’s solution from LEO to GEO.”

BridgeSat is also working closely with Tesat, another developer of laser communication terminals (LCTs), on an "interoperability solution" to ensure that the two technologies are mutually compatible. Tesat has a more extensive history in the emerging sector, having provided the laser terminals used in the ESA's "Sentinel" satellite missions and other projects.

"The goal of this demonstration is to broaden satellite operators’ options for an optical space terminal and ground network that provide higher data rates and better security than traditional RF systems," said the two firms last year. "By gaining compatibility with Tesat’s LCTs, the BridgeSat ground network will further extend its utilization for key missions."