Despite virus-related revisions to the industry association’s current forecast, a sharp uptick in purchasing is expected next year. 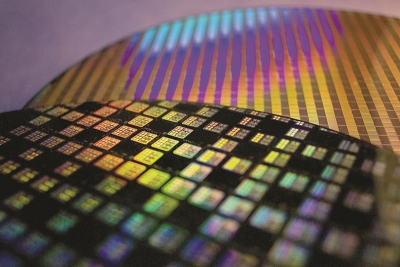 Analysts at the Semiconductor Equipment and Materials International (SEMI) industry association are predicting that global fab equipment spending will rebound from its 2019 downturn to hit record levels in 2021.

And despite the impact of the novel coronavirus, which has unsurprisingly dented spending in China in recent weeks, the SEMI team reckons that spending will grow this year - albeit at a slower rate than previously expected. "The picture should brighten in the second half of this year as a recovery starts to take hold," stated SEMI.

It now expects spending on fab equipment - much of which relies on lasers and other photonics technology - to rise by about 3 per cent this year, to an annual total of just under $58 billion. For 2021, the total should be around $66 billion, suggest the figures.

SEMI’s figures indicate a stark difference between the start and finish of 2020. After a sequential slump of 18 per cent in the first half of this year, a sustained upturn should begin in the second half.

“Despite continuing headwinds from the virus, China equipment spending will grow about 5 per cent year-on-year to over $12 billion this year and surge 22 per cent year-on-year, or $15 billion, in 2021,” reported the SEMI team. “Investments by Samsung, SK Hynix, SMIC, and YMTC will drive the growth.”

Korea up; Americas down
Chip makers in Taiwan will remain the biggest spenders this year, with investment of some $14 billion thanks largely to expansions and upgrades at TSMC and Micron. But in 2021 that part of the market will go into reverse, with SEMI anticipating a decline of 5 per cent.

In Korea, investments by the likes of Samsung and SK Hynix are set to power a 31 per cent surge in spending this year, to $13 billion, and continue rising to $17 billion in 2021. While significantly smaller, spending on fabs in Singapore is set to rise at a similar rate of growth.

And despite wider macroeconomic concerns and the coronavirus’ impact in Italy, fab-related spending in Europe is set to jump by more than 50 per cent this year, to $3.7 billion, thanks to investments from the likes of Intel, STMicroelectronics, and Infineon. A similar rate of growth in Europe is also pencilled in for 2021.

The story looks different in Japan, however, where fab equipment spending growth will be virtually flat this year before rising only slightly in 2021 thanks to purchases by Kioxia/Western Digital, Sony, and Micron.

In contrast, fab spending in the Americas will slump sharply this year and continue to fall in 2021 - to around $6 billion.