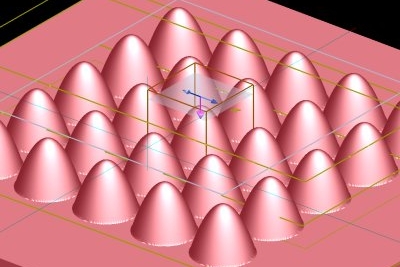 The agreement, which will see Vancouver-headquartered Lumerical become part of a billion-dollar-turnover company, is intended to give Ansys access to emerging application areas in 5G connectivity, autonomous vehicles, and the internet of things (IoT).

The two firms say that as high-speed optical links increasingly replace traditional communications technologies, Lumerical's software will enable designers to model some of the most challenging problems in photonics, for example interacting optical, electrical, and thermal effects.

“Lumerical's solutions can improve the performance of data center architectures by removing networking bottlenecks, potentially slashing the total cost of ownership,” they claim. “Additionally, the acquisition of Lumerical is expected to enable Ansys customers to predict light's behavior within complex photonic structures and systems.”

Shane Emswiler, senior vice president for Ansys' physics business units, said in a company release: "With the acquisition of Lumerical, we will extend Ansys' capabilities to exploit the potential of photonics to further empower our customers to develop next-generation products like autonomous vehicles and other smart-connected products."

James Pond, Lumerical’s co-CEO and CTO, added: “Lumerical is a perfect fit with Ansys. The potential of photonics in applications like 5G, IIoT (industrial IoT) and autonomous vehicles can only be realized by solving immense multiphysics device and system challenges.”

For Nasdaq-listed Ansys, which recently reported annual revenues of $1.46 billion - up 10 per cent on the 2018 total - the Lumerical deal represents the latest in a series of acquisitions.

In 2019 the company also signed agreements to buy Dynardo, Livermore Software Technology Corporation, Granta, and Helic, while in March 2018 it acquired the French optics and photonics software firm OPTIS.

Although the Lumerical transaction remains subject to certain closing conditions, Ansys says that it is expected to close in the second quarter of 2020. Lumerical’s sales and profits are not expected to have a material impact on Ansys' wider finances this year.