Equipment from ID Quantique and Toshiba Research Europe to be deployed across the continent. 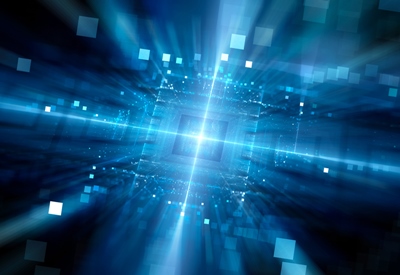 A major deployment of quantum key distribution (QKD) technology is imminent in Europe, thanks to an €18 million project intended to create a series of open testbeds serving as a precursor to a pan-European network.

QKD specialists
Among those involved are the QKD equipment specialists ID Quantique in Switzerland, and UK-based Toshiba Research Europe, while the Austrian Institute of Technology in Vienna is coordinating the three-year effort.

The project will create an open QKD testbed to promote network functionality and use-cases to potential end-users and relevant stakeholders from research and industry, states the factsheet.

More than 25 use-case trials have already been determined, and the project also aims to develop an “innovation ecosystem and training ground” to help grow the technology and necessary supply chains for quantum communication technologies and services.

Alongside the Geneva testbed, OPENQKD will feature similar efforts in Cambridge, Madrid, and Poznan, as the technology is deployed along more than 1000 kilometers of optical fiber links.

As well as serving as a precursor to the envisaged future pan-European network, partly by developing a “virtual network” linking the four QKD testbeds, the project will aim to test compatibility with satellite-based schemes.

Roberto Viola, who heads up the European Commission efforts in communications networks and technology, said: “This project will make a key contribution to ensuring that Europe remains at the forefront of research into quantum technologies and their applications which, among many other uses, have the potential to transform the way that we communicate securely."

Helmut Leopold, head of the Center for Digital Safety and Security at the Austrian Institute of Technology, added: “This will enable an innovative eco-system for creating a new perspective for our secure digital Europe and building the foundation for next-generation communication technologies.”

The project launch comes three months after seven different European member states agreed to work together on a quantum communication infrastructure stretching across the continent.

At a Digital Assembly meeting in June, representatives from Belgium, Germany, Italy, Luxembourg, Malta, the Netherlands, and Spain said they planned to build the ultra-secure link within the next decade.

The plan is to make use of existing fiber communication networks linking strategic sites at national and cross-border level, and to introduce a space-based component to cover longer distances across Europe and other continents.

Three more member states - Hungary, Portugal, and Poland - have since added their signatures to the declaration.