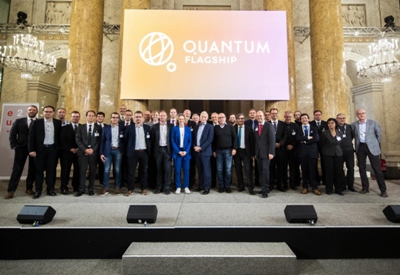 A €1 billion flagship research program to develop quantum technologies in Europe has officially kicked off in Vienna, Austria.

The launch event, hosted in the auspicious surroundings of the Hofburg palace, also saw the first 20 individual projects to receive funding under the high-priority, ten-year scheme revealed, with many underpinned by photonics technologies. From 2021, another 130 projects will be supported, says the European Commission (EC).

With China already investing heavily in quantum science and technology, several US technology giants looking to build quantum computers, and plans for wider public-sector investment in the US in progress, the European program is seen as essential to remain competitive in terms of quantum hardware development.

Andrus Ansip, the EC’s vice president for the Digital Single Market, said: “Europe is determined to lead the development of quantum technologies worldwide. The Quantum Technologies Flagship project is part of our ambition to consolidate and expand Europe's scientific excellence. If we want to unlock the full potential of quantum technologies, we need to develop a solid industrial base making full use of our research.”

Ramp-up phase
Tommaso Calarco, a quantum technology researcher with positions at the Institute for Quantum Control in Jülich and the University of Ulm, has headed up coordination of the flagship effort thus far. He said at the launch event:

“The European quantum technologies community has worked long and hard towards realizing this initiative. We are very happy that the first research and innovation actions are now ready to start with high momentum. Together, we will further strengthen Europe's leading role in quantum research and transfer the insights from this into relevant applications for the benefit of all European citizens.”

For the first three years of the program, described as the “ramp-up phase”, 20 different projects have been funded across five topic areas, comprising four technology “pillars” as well as fundamental quantum science – from a total of 140 proposals received. Several of those selected rely on photonics technology, with research teams from the Institute of Photonic Sciences (ICFO) in Barcelona involved in two separate projects.

Photonics technology is central to several of those, for example the €10.1 million “iqClock” project to develop an ultra-precise optical clock. Coordinator Florian Schreck from the University of Amsterdam says that the key objectives are to “kick-start” a competitive European industry for optical clocks, as well as accelerate the speed of clock development.

“For most applications, transportable, simple-to-use and affordable optical clocks are needed and we expect our project to make a significant step towards providing them,” adds Schreck, citing potential applications in geology and astronomy.

The project partners will also be looking to develop so-called “superradiant” clocks, a completely novel kind of optical clock that promises to enable even more robust, stable and integrated timekeeping. 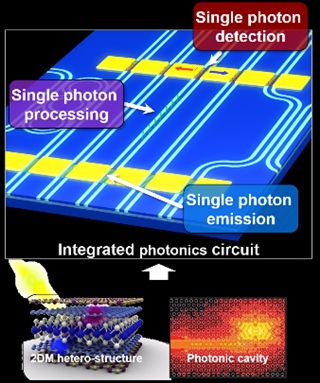 QCL frequency combs
One of the two funded quantum simulation projects, the €9.4 million “Qombs” effort coordinated by Augusto Smerzi from the Italian National Research Council (CNR), will look to realize a platform based on a new generation of quantum cascade laser (QCL) frequency combs.

“In the long-run, we aim to integrate quantum sensors with consumer applications, such as integrated photonic or solid-state devices for mobile devices,” Smerzi says. “The real challenge is to bring quantum technologies [to] everyday life.”

In encrypted communications, currently the most commercially significant application for quantum technology, the four funded projects include an ICFO-led effort to integrate quantum key distribution (QKD) within modern telecommunications infrastructure.

The €10 million “CiViQ” effort includes no fewer than 21 partners, with coordinator Valerio Pruneri predicting: “Basic science breakthroughs achieved in CiViQ will allow for secure communication over longer distances and at higher rates, as well as developing systems compatible with future quantum networks.”

Armed with a similar budget, the “S2QUIP” project will work on quantum integrated photonic circuits. “We are in great need of developing a future network with increased energy efficiency while allowing for secure data communication,” explains coordinator Klaus Jöns from Sweden’s Royal Institute of Technology. “Our research will provide the community with chip-size light sources to realize this future network.”

While the future involvement of UK-based researchers in EC-funded research remains in doubt while a Brexit deal is negotiated, several are already involved in the quantum flagship. They include Natalia Korolkova from the University of St Andrews, who is coordinating the €2.8 million “PhoG” project to create a family of cheap and reliable quantum sources applicable across different fields.

“We will work with laser-inscribed integrated waveguide networks as a hardware, which is an excellent platform both for such real-world quantum sources and for simulating the complex quantum dynamics, our other line of research,” Korolkova says.

• Details of the first 20 projects funded under the quantum flagship program can be found here.