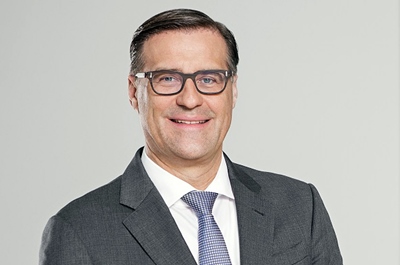 Osram shareholders are set to decide on the company’s future within the next few weeks, after the lighting and photonics component maker's management cleared the way for them to consider two rival takeover bids.

Osram CEO Olaf Berlien and his colleagues had already recommended the €35-per-share offer by private equity pair Bain Capital and The Carlyle Group, before the Austrian sensor company ams presented them with an alternative offer, priced 10 per cent higher at €38.50 per share.

But for the ams offer to even be considered by shareholders, Osram executives had to waive a so-called “standstill” agreement with ams that was signed when the two companies initially discussed the potential bid.

Berlien told an August 22 investor conference call that, following intensive discussions with the ams executive team, which included “extensive commitments” from ams towards employees, manufacturing sites, and pension deals, the rival bid offered the same safeguards as that from Bain and Carlyle, and was now fully funded.

“Under these circumstances, we cannot and we will not withhold the offer from our shareholders,” the CEO stressed. “This is why we waived the standstill agreement.”

Strategic versus financial
Shareholders will now have two offers to consider, with Berlien pointing out that the ams deal would offer the possibility of the merged companies expanding the value chain rapidly in certain areas.

One example of that would be the opportunity for a combined ams-Osram venture to offer a full portfolio of key components, from light emitters - currently Osram’s strongest area - to detectors, ASICs, and micro-optics.

Osram’s historically strong connections with the automotive industry would also help bring certain ams technologies, for example facial recognition sensors, to a market that the Austrian firm might otherwise find difficult to penetrate.

“The transformation of Osram started some time ago,” Berlien told the investor call, claiming that the company had made some strategically smart decisions in what has been an extremely difficult market environment.

“The fact that several bidders are interested in Osram is proof of this,” he added. “We are convinced that the transformation into a high-tech photonics company is the right way for Osram to grow profitability, in the medium and the long term. We will continue along this path, with [either] financial investors, strategic investors, or alone.”

One bone of contention that ams and Osram need to consider is a difference of opinion about the future of Osram’s digital lighting business. ams previously indicated that it would intend to sell the unit following its envisioned acquisition, while Berlien and colleagues see value in emerging applications such as horticultural lighting.

Shareholder and union dissent
Berlien indicated that shareholders would be deciding on the company’s future path around the end of September, and said that he would expect a diversity of opinions about which, if any, of the takeover bids, should be supported.

Both of the bids, which will need 70 per cent shareholder approval to proceed, have already attracted criticism. For example asset manager Allianz Global Investors (AllianzGI), which owns more than 9 per cent of Osram shares, said it was “minded not to accept” the Bain/Carlyle offer of €35 per share.

“AllianzGI finds it regrettable that [Osram’s management and supervisory boards] appear to have insufficient confidence in the business they are managing that they have chosen instead to sell out at what looks to be a knock-down price,” added the investor, which according to a Reuters report increased its shareholding significantly in 2017, when Osram’s stock was trading at €67.

However, both ams and Osram have stressed their commitment to workers in Germany. ams’ CEO Alexander Everke said in a company statement: “Our strategy is built around growth for which a highly qualified workforce and a long-term commitment to Germany are essential.”

The Austrian firm and Osram have also said that they will maintain a “co-headquarters” for the group in Munich, should the ams deal be approved.