Stemmer expands with acquisition of Infaimon

Machine vision firm pays “tens of millions of euros” for Spanish firm; and now represented in all European markets. 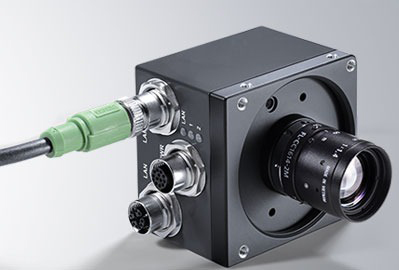 Stemmer Imaging has agreed to acquire Spanish firm Infaimon, a developer of software and hardware for machine vision and robotics. Under the agreement, Stemmer will pay a sum “in the low tens of millions of euros” for the acquisition of all shares in the group.

Headquartered in Barcelona, Spain, with subsidiaries in Portugal, Mexico and Brazil, Infaimon develops machine vision and image recognition processes and their application in subsystems. In particular, the company has many years of experience in bin-picking applications.

These subsystems play a key role in Industry 4.0 and smart factories and are used in the automation of production and logistics processes, among other areas. For example, industrial robots are used in this sense to pick up a preprocessed blank from a production line and place it at the next point for further processing.

“With the acquisition of Infaimon, we are now represented in almost all major European markets. We will immediately broaden our sales network, expand our product and service range with innovative technologies, and gain a high-margin company. The Infaimon locations in Brazil and Mexico will give us opportunities to advance into other regions such as the USA in the future,” said Arne Dehn, Stemmer’s CEO of Stemmer.

Salvador Giro, CEO of Infaimon, added, “We are delighted that we are now part of a larger and even more international group. This will enable us to leverage the great potential for bin picking applications in the European market in a timely and efficient manner.”

On May 10, 2019, Stemmer Imaging announced that it had successfully started to trade on the Prime Standard of Frankfurt stock exchange. The company’s statement said, “By switching segments, Stemmer now complies with the most exacting transparency requirements for listed companies in Germany, and is opening itself up to a broader investor base. The Management Board believes that it can gain additional investors in Germany and abroad."

Lars Böhrnsen, CFO, commented, “We aim to provide even greater transparency and align ourselves even more closely with international investors. Against the backdrop of our long-term growth, we will further step up our dialogue with all capital market participants.”

The company commented that the successful integration of Elvitec continued to have a positive effect. Swedish and Dutch subsidiaries in particular made “significant revenue contributions”. With growth of 6.0%, figures outperformed the strong third quarter in the previous year.

At €3.08 million, adjusted operating earnings were up on the previous year’s figure of €2.91 million in the third quarter of the 2018/2019 financial year. The adjusted figure takes into account ancillary costs related to acquisitions and the costs of the change of segment, which amount to a total of EUR 0.42 million in the reporting period.

The company’s currents assets decreased to €70.16 million. Stemmer commented, “The decline is attributable primarily to the sale of securities at the beginning of January 2019, which caused cash and cash equivalents at the Group to rise to €42.14 million as of 31 March 2019.

For the whole year, the 2018/2019 financial year was in line with the forecast communicated in the 2018/2019 half-year report. The Executive Board does not anticipate any significant changes in the economic environment or the industry environment.

Due to the “robust development of incoming orders”, the successful integration of subsidiary Elvitech and the continued success of the expansion strategy, Stemmer’s Management Board expects a revenue volume in the range of €108 million to €111 million and adjusted EBITDA of €10.0 million to €11.0 million.