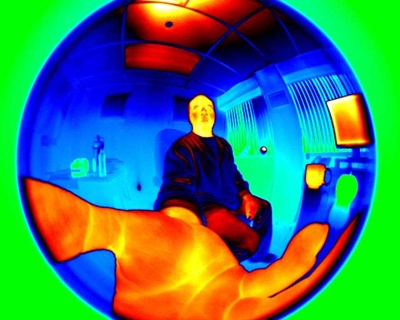 Thermal imaging giant FLIR Systems says it remains on course to deliver close to a 10 per cent increase in sales this year, despite wider macroeconomic concerns impacting parts of the business.

Last week, the Arlington, Virginia, company posted sales of $482 million for the three months ending June 30, up more than 6 per cent on the same period in 2018.

However, with costs rising at a faster rate - partly the result of significant recent acquisitions - FLIR saw its net earnings for the period drop sharply, to $46 million from $72 million a year ago.

Despite that, CEO Jim Cannon expects the company’s strong order book to result in sharper growth in the second half of this year, with particularly strong sales anticipated in the final quarter.

Drone strategy
While FLIR is best known for its expertise in thermal imaging and surveillance applications, one of Cannon’s key strategies appears to be positioning the company at the forefront of unmanned vehicles and other drone-like products.

Pointing to a recent $44 million purchase order from the US military for a variety of robots and related accessories, Cannon told an investor conference call:

In April the company announced that it had made a “strategic investment” in the drone operations firm DroneBase, and established FLIR as its exclusive provider of thermal imaging products.

“Our investment in DroneBase helps expand the adoption of FLIR thermal imaging technology by putting it in the hands of more pilots who fly drones every day,” said Cannon at the time, adding:

“DroneBase’s enterprise pilot network will receive training by professional thermographers, enabling DroneBase to offer specialized thermal inspection services for customers on a wider scale, and creating an opportunity for FLIR to incorporate additional service offerings through DroneBase in the future.”

Net spend
That wasn’t the only investment made by FLIR in the latest quarter. During the investor call to discuss the latest results, Cannon revealed that the company had also acquired Massachusetts-based lens firm New England Optical Systems (NEOS).

With particular expertise in complex infrared optical assemblies, NEOS offers lens products across the short-, mid-, and long-wave infrared (SWIR/MWIR/LWIR) spectral regions, including zoom, fish-eye, and wide-angle options aimed at applications ranging from drones and other military uses to astronomy.

“Their thermal zoom solutions are enabled by the NEOS electronic lens controller, which provides enhanced focus performance while zooming, as well as predictive maintenance metrics,” noted Cannon. “This investment continues our vertical integration strategy, delivering a complete camera solution to our commercial and defense customers.”

Combined with other recent deals to acquire Aeryon Labs and Endeavour Robotics, those strategic moves have had a significant impact on FLIR’s balance sheet.

• Following the latest financial update, FLIR’s stock price initially dropped in value by around 5 per cent. Currently trading at around $51 on the Nasdaq exchange, it is down from the all-time high of $63 touched briefly a year ago, and commands a market capitalization of just under $7 billion.