Plans renovation project for its Wilsonville, Oregon headquarters in Q2 of 2019. 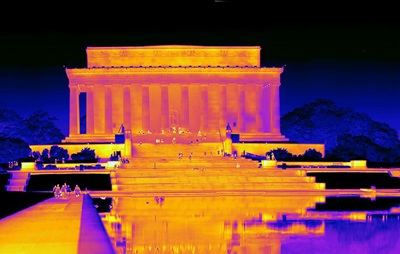 Power base: FLIR is heading to Washington.

FLIR Systems is to open a new headquarters office in Arlington, Va, near Washington, D.C., the company announced this week The facility will significantly expand FLIR’s presence in the US capital and create a new space to showcase its “lifesaving” technology.

Jim Cannon, President and CEO, commented, “FLIR is a global company serving diverse customers around the world with advanced technologies. Having a greater presence in Washington, D.C. is critical to helping us grow our business, as it creates better proximity for us to support key customers, investors, regulators, and the more than 4,000 FLIR team members around the world.”

Located in Pentagon Row at 1201 South Joyce Street in Arlington, the FLIR facility will house 65 employees and serve as a conference center and gathering space to support the company’s largest customer, the United States Government, as well as investors and regulators located on the east coast.

The 30,000 square foot facility will serve as home office for FLIR’s Government & Defense Business Unit and for members of the senior executive team, including the company’s CEO, CFO, and CHRO. The facility will feature a state-of-the-art technology showroom to demonstrate FLIR sensing solutions for customers. 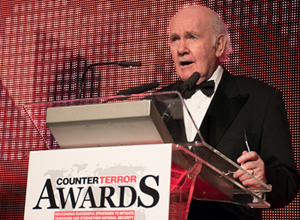 FLIR employees currently located at the company’s Crystal City, Virginia, facility will move to the new Arlington headquarters. FLIR Systems remains incorporated in the state of Oregon and the company plans to begin a renovation project for its Wilsonville, Oregon headquarters in the second quarter of 2019.

The company has also announced that its Griffin G510 person-portable gas chromatograph mass spectrometer has been awarded the “Threat Detection Award” in the Counter Terror Awards, organized by PSI Media and supported by Counter Terror Business and the Security and Counter Terror Expo.

Presented at the second-annual Counter Terror Awards in London, the G510 was chosen for assisting in the detection and disruption of terrorist threats. The awards were presented by Lord Reid of Cardowan, the former UK Home Secretary.

The Counter Terror Awards recognize organizations and individuals for their contributions to reducing the threat of global terrorism. The FLIR Griffin G510 was purpose-built to do just that. The G510 is used by civilian, federal, and military responders to quickly identify chemical hazards at the site of interest. 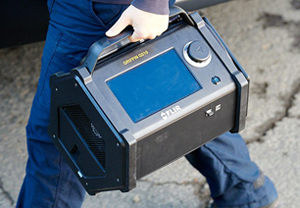 The G510 GC mass spectrometer is said to "complement presumptive detectors" by enabling responders to analyze all phases of matter including liquid, solid, and vapor. It features a large touchscreen with automated user controls, can be operated while wearing full Personal Protective Equipment (PPE), and is built with an IP65-rated enclosure for harsh environments.

In military missions, for example, the G510 is used to identify trace amounts of explosives and chemical warfare agents. In civilian scenarios, it is used to analyze unknown powders and confirm the presence of opioids like fentanyl, or other illegal drugs.

The device is also used to monitor the environment around industrial areas, in addition to responding to natural disasters. Simply put, the Griffin G510 person-portable GC-MS helps keep people safe and the environment clean.