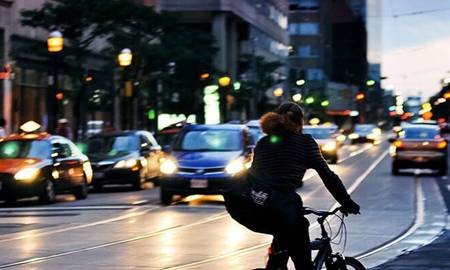 Using long-wavelength infrared, in the 8µm to 12µm range, the cameras are being tested by several car makers in the US and further afield.

They can perceive their surroundings significantly farther away than conventional headlights reach, and can recognize a pedestrian at about 200m.

The cameras, in this case atop a Lexus sedan, use heat to sense a person, and can activate an automatic emergency braking (AEB) system as an option.

Visitors sitting in the back seat of the Lexus watched people walking in front of the car at the entrance to the Baltimore Convention Center demonstration hall.

The thumb-sized cameras were mounted on a rack mounted on the car’s roof, although some car makers position them on the front grill. FLIR calls the test car its “thermally enhanced autonomous test vehicle.” 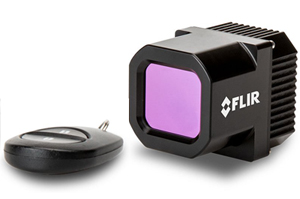 Kelsey Judd, the engineering product manager for FLIR in Goleta, California, said, ”We are educating the market on the value of thermal cameras in these platforms. We are seeing good traction from customers looking for improved pedestrian detection.”