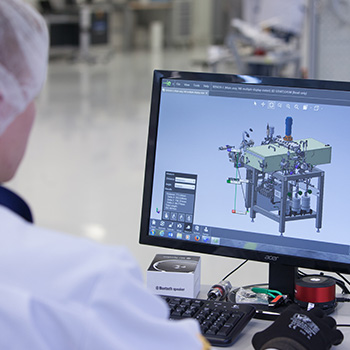 Picosun, the developer of the Agile ALD (atomic layer deposition) thin film coating solutions, says it has boosted the performance of its micro-LED performance by using a technique called ALD passivation.

The company is arguing that micro-LEDs are a strong challenger to existing display technologies such as liquid crystal displays, OLEDs, and conventional LEDs.

Micro-LEDs are being studied and developed at many leading electronics manufacturers and R&D institutes worldwide. These devices are typically used for small screens such as those used in tablets, smart phones and smart watches. The first micro-LED-based large area displays have also been demonstrated.

Nevertheless, micro-LED technology has some drawbacks that have hindered its full-scale commercial breakthrough. The micro-LED screen consists of minuscule pixels producing green, blue and red light. Some steps in the manufacturing process of these pixels easily cause damage to their delicate nanometer-scale structures, which leads to loss of light intensity.

Picosun says ALD “has now been proven to effectively fix these damages, not only restoring the light intensity but actually boosting it to superior levels.” 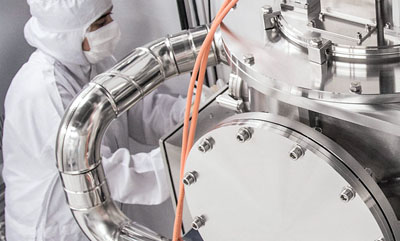 At a Picosun customer site, Taiwan’s National Chiao Tung University (NCTU), the light-emitting intensity of micro-LEDs has been enhanced by 143.7% by using ALD passivation layers deposited with Picosun’s ALD system.

Professor Hao-Chung Kuo from NCTU explained, “Picosun’s ALD equipment have been an integral part of our facilities for a long time, and we are always impressed by their performance and the superior ALD film quality obtained by using them.”

Edwin Wu, CEO of Picosun Asia, said, “Micro-LED technology has immense potential to disrupt the solid state lighting market and our Asian customers, both in industries and R&D, will surely lead the forefront of this development. We are glad that our ALD solutions have enabled this impressive performance boost to NCTU’s micro-LEDs.”