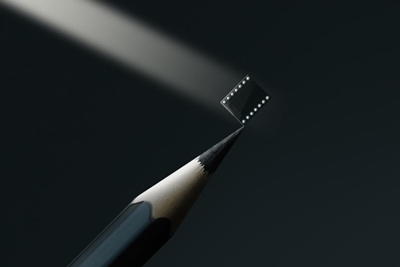 NS&I says that the new technology took only 12 minutes to produce enough random numbers for its March monthly prize draw - compared with nine hours with the previous incarnation of ERNIE.

ERNIE’s quantum leap
The quantum-powered random number generator (RNG) follows in the footsteps of previous versions of ERNIE that were developed at Bletchley Park, the computing site most famous for the code-breaking activities of Alan Turing and others during the Second World War.

Every month NS&I has to select more than 3 million prize winners from some 79 billion individual bonds, held by around 21 million savers. “After 15 years of loyal service, ERNIE 4 has been decommissioned and replaced with a faster machine to cope with the increasing volume of numbers that have to be produced every month,” says the bank.

In its first outing, the quantum-powered ERNIE 5 equipment picked out two winners of the £1 million jackpot prize – a woman from Buckinghamshire and a man from Somerset.

NS&I’s CEO Ian Ackerley said in a release from the bank: “Premium Bonds are as popular as ever before and ERNIE has been an integral part of that journey, changing the lives of millions of our customers since 1957.

“But ERNIE and Premium Bonds are also moving with the times; ERNIE, using quantum technology, will now be able to generate the millions of numbers required at a much faster pace, continuing to give customers a chance to have some fun while having a secure place for their savings.”

Overall the NS&I bond scheme pays out an average return of 1.40 per cent currently.

We have some big news! ERNIE has taken a leap into the quantum realm... #PowerOfPremiumBonds pic.twitter.com/3o71oNK7TL

Exploiting quantum optics
Spun off from the University of Geneva back in 2001, ID Quantique is regarded as one of the pioneering forces in light-based quantum random number generation and quantum key distribution (QKD) for ultra-secure communications.

The firm’s “Quantis” RNG chip exploits quantum optics phenomena by sending single photons from an LED to a photodetector via a semi-transparent mirror. “These exclusive events (reflection – transmission) are associated to ‘0’ – ‘1’ bit values,” explains IS Quantique. “This enables us to guarantee a truly unbiased and unpredictable system.”

Since being founded by four Geneva scientists, including current CEO Grégoire Ribordy, the company has attracted funding from venture capital firms in Luxembourg and Russia, before securing much larger investment by Korea’s SK Telecom in 2018. Deutsche Telekom is another more recent investor.

Still headquartered in Geneva, the company now has satellite operations in Seoul, Washington and Boston, and a UK office in Bristol.

High-profile applications of the company’s technology have included helping to secure Swiss elections using QKD in 2007 and powering the Swiss lottery, while ID Quantique is also part of the UK’s Quantum Communications Hub, via its Bristol location.