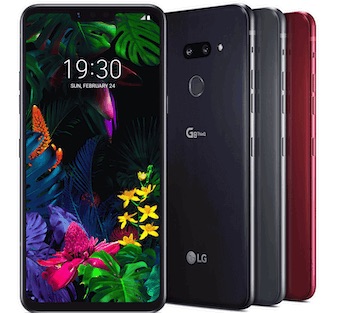 The LG G8 ThinQ smartphone debuting at this week's Mobile World Congress in Barcelona will incorporate the FaceSafe 3D face recognition technology from FotoNation, a subsidiary of Xperi.

FaceSafe employs a time-of-flight (ToF) approach to facial recognition, capturing infrared light reflected off the subject, and using bespoke algorithms to calculate an object's distance from the camera lens.

This contrasts with the approach used by Apple in its TrueDepth platform, which illuminates the user's face with up to 30,000 individual infrared dots, and then uses mapping and pattern recognition algorithms to determine whether the user is known to the system.

Advocates of a time-of-flight approach believe that it can be faster and more effective in ambient light, reducing the load on the phone's processor and lowering power consumption. Some analysts expect Apple to move towards ToF depth sensing in future phones, but others believe the company is evaluating alternative options.

"These solutions deliver superior security, protection and customization that address critical needs in mobile markets," commented Geir Skaaden of Xperi about the technology in the new LG handset.

The front-facing camera of the LG G8 ThinQ is known to employ an image senor chip from Infineon, specifically the company's Real3 product, along with technology from Infineon's partner pmdtechnologies, specialists in CMOS ToF computation.

"Infineon is poised to revolutionize the market," commented Infineon's Andreas Urschit about the LG launch. "We have demonstrated service beyond the mere product level, specifically catering to phone OEMs, associated reference design houses and camera module manufacturers. Within five years, we expect 3D cameras to be found in most smartphones, and Infineon will contribute a significant share."

Mobile phones and beyond

Xperi, originally founded in 1990, is a technology licensing business that became the home of IP belonging to Tessera, the vendor of camera optics and related MEMS wafer-level platforms including the OptiML Zoom optical zoom module developed a decade ago. Tessera Holding Corporation was renamed Xperi in 2017.

Just before the LG announcement, Xperi posted its full-year 2018 financial results, indicating that company-wide product licensing billings for the final quarter were $54 million, and $219 million for the full year, up by four percent.

Asked about the prospects for its technology appearing in other devices, and discussions among the Android ecosystem about ToF solutions being adopted by that platform, Kirchner commented that Xperi's goal was to broadly commercialize in the mobile phone space and beyond.

"The advantages of some kind of a secure face unlock feature could be valuable to many user devices," he said. "So stay tuned."