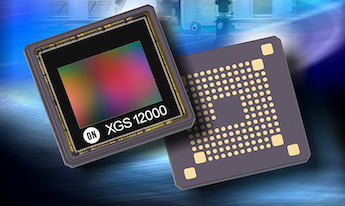 ON Semiconductor saw its fourth quarter revenues increase by nine percent year-on-year to $1,503 million for the final period of 2018, although this represented a dip of around three percent compared to the previous quarter. Full-year 2018 figures showed total revenues of $5,878.3 million, up six percent from the previous year.

The Arizona-based company, whose portfolio of sensor components includes the SensL Technologies image sensors business acquired in May 2018, posted gross profits of $570 million for Q4, up ten percent over the same quarter of last year but down four percent sequentially. Quarterly operating cash flow rose to $421 million, up 18 percent on Q3.

Quarterly revenues for the company's Intelligent Sensing Group were $186 million, representing 12 percent of the total, down from the $200 million the division posted in Q3 2018.

"We once again delivered strong performance in the fourth quarter despite a slowdown in macroeconomic conditions," commented CEO Keith Jackson. "Key secular trends driving growth in our content in automotive, industrial, and cloud-power end-markets remain intact, and we remain upbeat about our medium to long term outlook."

Jackson also indicated that the company's confidence was none the less combined with awareness of those broad economic trends elsewhere. "We are managing our business prudently to adjust to changing demand environment," he said.

Discussing the figures with analysts, Jackson was more explicit about a "meaningful slowdown" in demand from the Greater China region, which accelerated further early in 2019. CFO Bernard Gutmann did however comment that "This steep decline in bookings has reversed course during the last couple of weeks, and we have seen modest pickup."

Momentum for the company's sensor products within automotive markets and for advanced driver-assistance systems (ADAS) was said to be accelerating, with Jackson describing ON Semiconductor as "meaningfully extending our competitive lead in that market by a huge margin." The company's expectations are for automotive applications to ultimately account for around half of the Intelligent Sensing business.

"According to the latest report by TSR, a leading independent market research firm, our overall market share in the automotive image sensor market is now 62 percent and our share in ADAS is 81 percent," Jackson commented.

Looking forwards, Jackson said that On Semiconductor expected growth to continue during 2019, although headwinds from a slowing macroeconomic environment were likely to impact the rate of that increase.

"Customers are increasingly relying on us as a key provider of leading-edge power semiconductor, analog, and sensing technologies, and we are working diligently to ensure success of our customers," he concluded. "We intend to grow faster than our analog and power semiconductor peer group, driven by our strong momentum in automotive, industrial, and cloud power markets."