Free of debt for the first time since its private equity backers took over in 2005, the former Agilent business unit is to reward its shareholders. 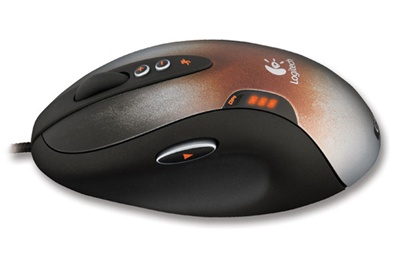 Avago Technologies, the Californian semiconductor company that manufactures a wide range of optical and optoelectronic products, is to pay out its first shareholder dividend, amounting to 7 cents per ordinary share.

The pay-out, equivalent to approximately $17.5 million in total, is the first in Avago’s history following its spin-out from former parent Agilent Technologies in late 2005. It comes at the end of a very strong financial year for the company. In the closing quarter, Avago posted record revenues, cash generation and profit - thanks to a strong market for its optical transceiver products in particular.

On December 1, the company also repaid the final portion of its outstanding long-term debt – a $230 million note redemption that was due to be paid back in 2015, but which the company decided to redeem early. “For the first time in its history, Avago is essentially debt-free,” remarked CFO Doug Bettinger.

The debt originated from the private equity buy-out of Avago by Kohlberg Kravis Roberts (KKR) and Silver Lake Partners in December 2005. At the time, the leveraged acquisition loaded the company with a vast amount of debt. But, following a successful initial public offering (IPO) of stock last year, and Avago’s highly profitable fiscal year 2010, that debt is now history.

Highly diversified
By no means do all of those sales relate to optoelectronic products. But, while Avago is a highly diversified manufacturer, and one of the world’s leading makers of RF semiconductors for wireless technologies, its photonics output is huge: it includes high-brightness LEDs, optical sensors, various types of optocouplers, VCSEL-based computer mice, and a wide range of fiber-optic components and modules.

CEO Hock Tan indicated that demand for fiber-optic components in key areas such as data centers and enterprise applications was strong, with Avago benefiting from a production ramp by major customer Cisco Systems. However, Tan also said that consumer markets remained a lot weaker, meaning reduced demand for products such as the optical PC mice.

Another area in which Avago will be benefiting is the LED sector, where recent reports from the analyst company IMS Research now suggest that the market for packaged LEDs grew by 64% between 2009 and 2010. Products such as Avago’s 3 W, high color rendering index (CRI) white LEDs, designed for fast-growing applications such as retail and commercial lighting, are certain to benefit from the transition to high-efficiency lighting around the world.

That expertise in LEDs dates back to the powerful technological legacy left by Avago’s original parent company Hewlett-Packard, which was for a considerable time the world’s leading LED manufacturer – prior to spinning off those activities into both Lumileds (now fully-owned by Philips) and Agilent.

For the first quarter of 2011, Tan indicated that revenues would decline slightly – partly resulting from normal seasonal effects. Following the announcement, Avago’s share price was down by about 5% at approximately $27. That corresponds to a market capitalization of around $6.5 billion – compared with the stated purchase price of $2.66 billion when Avago was spun out of Agilent and sold to KKR and Silver Lake back in 2005.