Nichia may finally lose its long-held position as the world’s leading producer of packaged LEDs in 2011, with Samsung LED expected to topple the pioneering Japanese company.

The prediction is made by analysts at IMS Research, whose latest market report for the LED sector also anticipates overall market growth of 64% for packaged LEDs this year. That rapid expansion, caused largely by the widespread adoption of LEDs in TV backlights over the past year, as well as a significant increase in general lighting applications, will push the market to a value of around $10 billion for the first time, it says.

With suppliers having to match that remarkable growth rate just to maintain their market share, this year has seen something of a shake-up among the leading producers of LEDs. According to IMS, the six leading producers now rank as follows, with their 2009 positions shown in brackets: 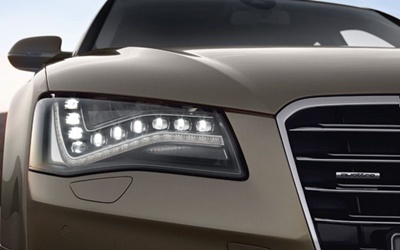 The recent ascent of Korean LED manufacturers relates strongly to the TV backlight phenomenon, where the giant, vertically integrated electronics companies Samsung and LG have been the most enthusiastic deployers of the technology.

“Samsung now has the capacity to take the number-one position, and increasing demand for LED TVs from Q2 2011 onwards should enable them to do so,” said IMS, pointing out that recent weaker demand in TV backlights related to supply chain corrections, rather than any more fundamental slowdown.

Not surprisingly, LG’s Innotek subsidiary also appears in IMS’ top-ten ranking of LED producers, and is said to moving up the list.

Nichia toppled?
If Nichia is to be toppled by Samsung next year, it will be the first time that the Japanese company has lost its leading position since it came to dominate the market for high-brightness LEDs following its breakthrough development of gallium nitride semiconductors back in the 1990s.

Although this year will see Osram Opto Semiconductors lose the number-two ranking that it has held for many years, the German company still rates as the market leader within the automotive lighting sector. For general lighting applications, IMS ranks Cree as the market leader, followed by Nichia.

In its latest financial quarter, Cree’s LED-related sales (which includes both packaged chips and other products) reached $244 million, representing a 56% increase from the $156 million reported a year earlier, and commensurate with the wider rate of LED market growth indicated by IMS for 2010 as a whole. But IMS believes that Cree’s sales of packaged LEDs, along with those by Seoul Semiconductor and Samsung, have grown faster than the market average, pushing rival Philips Lumileds down the rankings.

Despite Philips Lumileds’ recent fall – the company was ranked in third place between 2006 and 2008, before dropping to fourth in 2009 and an expected sixth this year – IMS emphasizes that the company has actually been performing very well: “Lumileds’ market share has been fairly steady, as they are estimated to have grown in line with the market,” said the analyst company, adding that the Philips subsidiary has only been overtaken because of the “tremendous” growth of its rivals.

While IMS recently predicted that China will become the leading LED-producing country by 2012, no Chinese companies yet rank among the top-ten producers – although a large number are currently installing key equipment and set to ramp production volumes in the next year, and Samsung LED itself opened a large operation in Tianjin earlier this year.

Taiwan-based Everlight, Kingbright and Lite-On are said to be the largest manufacturers in the China/Taiwan region. Despite the rapid regional growth expected, IMS does not believe that individual companies will challenge the revenue-based market shares of the current leading producers. “The top manufacturers will remain similar, with Samsung and LG the biggest movers,” IMS told optics.org.

As far as the wider picture in 2011 is concerned, IMS is predicting another very strong year – although the rate of growth will inevitably fall away to some degree as the market matures.