Organic PV and novel LCD technology are among the latest projects to receive financial backing as part of NIST's Technology Innovation Program. 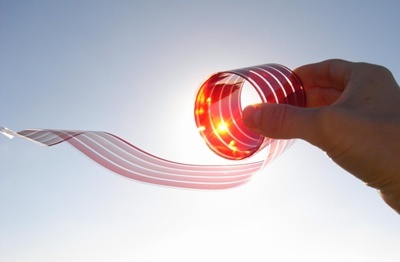 Three photonics-related development projects have won funding in the latest round of the US National Institute of Standards and Technology's (NIST) Technology Innovation Program (TIP).

Those three projects will receive $7.4 million of the total $22 million that NIST has made available for nine projects, and the funding will be matched by the companies involved.

They include Polyera, a start-up company that is developing processes to manufacture printable electronics and also the active layer in organic photovoltaic cells. Polyera is to receive $2 million from NIST, with the total value of the project estimated at $5 million.

"We are thrilled that NIST selected our project for award," said Philippe Inagaki, the CEO of Polyera, which he started up in Skokie, Illinois, in 2005. "We view this not only as a testament to the quality of the applied materials development efforts here at Polyera, but to the potential for organic photovoltaics to be a transformative technology for both the U.S. and the world."

Higher yields
Under the NIST-funded project, Polyera will be working on a novel polymerization method that is hoped to provide better manufacturing control and higher yields of an organic photoactive layer that could form the basis of cheap, flexible solar cells. In September, Polyera said that it had raised $4 million in Series B funding from the Belgian chemicals company Solvay.

Another company to receive NIST funding in the latest TIP round, which was heavily oversubscribed with more than 100 applicants and only nine awards, is Ohio-based Kent Displays. It will receive $3 million from NIST as part of a $6 million project aimed at developing a roll-to-roll process to make liquid crystal displays.

The third company to win NIST funding for photonics-related work is Sinmat, which is receiving $2.4 million for the development of so-called “super-hard” substrate materials for producing next-generation electronic and photonic devices. Sinmat specializes in slurry materials that are used to polish silicon carbide wafers, upon which both high-performance RF devices and high-brightness LEDs can be manufactured.

The NIST program making the latest awards is a wide-ranging funding competition that is focused on small- or medium-sized enterprises, as well as joint ventures involving universities, national laboratories and non-profit research organizations.

NIST says that the aim of the competition is to advance cutting-edge research in major growth sectors of 21st-century manufacturing, ranging from renewable energy to advanced pharmaceuticals.