While the market for image sensors has grown strongly in 2010, analysts say that CCDs are being increasingly eclipsed by CMOS technology. 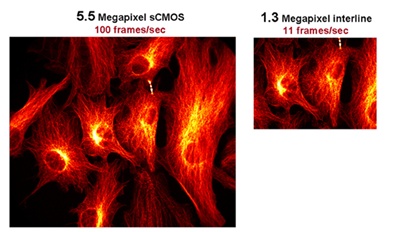 Analysts covering the market for image sensors say that the share of CMOS devices will grow to more than 90 per cent in 2010, at the expense of CCD technology.

“The increase is borne on the back of growing demand from equipment like cameras in mobile handsets, video conferencing and automotive driver-assist applications,” said iSuppli. “While CCDs had long been thought as a superior technology for image quality, CMOS technology has made great strides in recent years and narrowed the technology gap.”

Crucially, many of the brand-name producers of camcorders – companies such as Canon, Sony, Eastman Kodak and JVC – have switched significantly from CCD to CMOS devices, which are typically cheaper to manufacture, faster and less power-hungry than CCDs.

As the lead analyst on the iSuppli report, Pam Tufegdzic reckons that the value of the total market for area image sensors in visible-range applications will grow nearly 16 per cent this year, to $6.7 billion – largely thanks to stronger consumer demand, which has rebounded since the 2009 downturn.

Even point-and-shoot cameras, which have traditionally been a stronghold for CCDs, are now switching to CMOS, according to Tufegdzic. While only 14 per cent of those cameras were based on CMOS in 2009, the penetration rate is expected to climb to 24 per cent next year.

And while scientific imaging is a much smaller, albeit high-value market, products such as the scientific CMOS (sCMOS) detectors developed jointly by Andor Technology, PCO and Fairchild Imaging are now challenging the precedence of CCD technology, which has typically been regarded as a higher-fidelity option, and preferable in many research applications.

In those high-end applications, even the best CCDs are subject to a trade-off between noise, image resolution and frame rate, largely because of the serial read-out operation of conventional CCD technology.

In high-end digital photography, the shift to CMOS has been much swifter, adds iSuppli – by 2014, virtually all digital single-lens reflex designs will be based on the technology, it predicts.