Significant improvement in the macroeconomic environment and an expanding fiber laser portfolio prompts prediction of a 23% increase in sales next year. 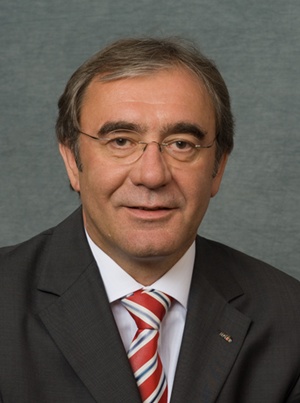 Industrial laser vendor Rofin-Sinar says that it expects to see a major increase in sales in 2011 thanks to a strengthening macroeconomic environment impacting all sectors, and particular strength among manufacturers in Asia.

The company, headquartered in Plymouth, Michigan, but largely based in Germany, has just announced a 21 per cent increase in revenues for its full fiscal year 2010 to $423.6 million. While that increase largely reflects the extent of the 2009 downturn, Rofin CEO Günther Braun is confident that the rate of growth seen this year will extend into 2011.

Braun has forecast that revenues will increase to between $500 million and $520 million in fiscal 2011 – equivalent to more than 20 per cent - aided significantly by Rofin’s expanding fiber laser product portfolio and its recent acquisition of the Swiss company LASAG.

“These results reflect a substantial improvement in the macroeconomic climate and the excellent execution of our strategy by the Rofin team,” said Braun, adding that the company had shipped 1067 lasers in the latest quarter, up from 912 sequentially as demand from both macro and micro applications grew strongly.

Micro applications have benefited from the rebounding semiconductor market, which Braun expects to remain flat in the forthcoming period – unlike the normal semiconductor industry pattern, where a sharp boom in orders is typically followed by a similarly rapid downturn.

Growing fiber portfolio
One key area of growth for Rofin is in fiber lasers, where it is attempting to challenge the market leader IPG Photonics. In the latest quarter, its fiber laser sales were worth approximately $10 million – nearly doubling sequentially as the company gained market traction with its 1 kW and 2 kW systems. “We are on our way, in my opinion,” was Braun’s verdict on the company’s early efforts in the fiber laser sub-sector, although IPG's latest quarterly sales of close to $80 million clearly illustrates the latter's leadership in this area.

Rofin is working to expand that fiber laser product offering, and the company launched a new 4 kW system at the EuroBLECH metalworking industry exhibition, held in Hannover in late October. As indicated by IPG in its own recent earnings call, fiber lasers are now making real inroads into the material cutting sector, having previously been restricted to welding applications.

Braun said that, by Rofin’s estimation, no fewer than 17 machine tool companies at EuroBLECH were showing cutting systems based on fiber lasers – with Rofin’s nascent product line featuring in four of those platforms. But the CEO also admitted that Rofin has some significant catching-up to do in developing fiber lasers for welding applications in the automotive sector, where it is currently losing out.

Another part of Rofin’s growth story is its recent acquisition of the Swiss company LASAG, formerly part of the Swatch group. In Rofin’s fiscal 2011, LASAG is expected to contribute sales of at least $20 million, although Braun will be hoping that the subsidiary can return to its pre-recession sales levels of closer to $40 million.

LASAG’s particular expertise is in solid-state laser systems, for applications such as fine welding and high-precision drilling. According to Braun the company had suffered through a relatively under-developed sales network in Asia, from where much of the growing demand for industrial laser systems is arising.

With an order backlog of close to $140 million as of September 30, and healthy order and activity levels in each of its key application sectors, Rofin has strong momentum going into 2011, and its outlook echoes the recent positive sentiment from many of the laser industry’s key players such as Trumpf, IPG, Newport and Coherent. All in all, 2011 looks to be shaping up very nicely for laser materials processing.