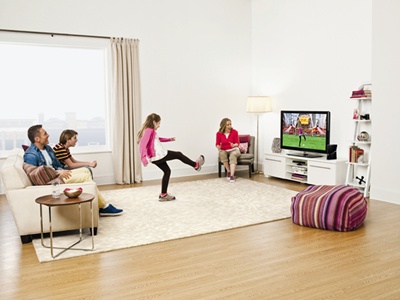 JDSU started its fiscal 2011 on a positive note by reporting its highest quarterly gross profit in the last five years. Revenue for the company’s first quarter of fiscal 2011 was $411.3 million, up 37.7% year-on-year and 3.3% sequentially. The overall book-to-bill ratio was also above 1 for the sixth straight quarter, all facts that president and chief executive officer Tom Waechter was keen to shout about.

“Gross profit of $195.1 million or 47.4% of revenue improved from 44% in the prior fiscal year and 45.5% last quarter,” said Waechter. “In both dollar and percentage terms, this represents our highest level of quarterly gross profit in the last five years. Our operating income was $44.4 million, or 10.8%, compared with 3.4% in the prior fiscal year and 9.3% in the prior quarter. This operating margin exceeds our guidance and is the second-highest reported by the company in the last five years. This is within sight of our target operating model of 11% to 14% operating margin and quarterly revenues of greater than $415 million.”

The CCOP segment combines JDSU’s communications and laser activities and generated quarterly revenues of $168 million, an increase of 7% compared with the prior quarter, and 41% of the company’s total net revenue. Of the quarterly revenue of $168 million, although some $143 million came from the optical communications side of the business, commercial lasers revenue came in at $25 million - representing an increase of 66% year-on-year.

“Our optical communications backlog entering fiscal Q2 is at the highest level in many years,” commented Waechter. “Increased revenues were driven primarily by growth in our ROADMs, circuit packs, tunable XFPs, and gesture recognition products.”

JDSU supplies two key products relating to gesture recognition: laser diodes from its optical communications business, and optical filters from its AOT segment. The combined revenue from these two products in fiscal Q1 was greater than 3% of total JDSU revenue and the company is anticipating higher volumes this coming quarter.

Waechter told investors that the recently launched 4 kilowatt fiber laser is continuing to gain market traction and that JDSU expects to be shipping the product in low volumes by the beginning of calendar 2011. Full production is scheduled for the summer of 2011. “We are also developing a new fiber-based class of pulsed lasers,” he revealed. “These new lasers will expand the capabilities of existing products used in high-precision micromachining applications. We expect first revenue from these new lasers to start in fiscal 2012.”

Comms T&M and AOT
Revenue from JDSU’s two remaining segments, CommTest and AOT, represented 44% and 15% of total net quarterly revenue respectively. For Q1, CommTest revenue was $182.8 million, an increase of 27.5% year-on-year and a sequential decrease of 1.8%, while AOT revenue of $60.5 million increased 11% compared with the prior quarter and 12% on the first quarter of fiscal 2010.

AOT revenues for the quarter included growth in pigments for bank notes, continued recovery in the transaction card market and growth in the use of JDSU’s optical filters for consumer applications. In order to meet this growing demand for optical coatings and filters in a cost-efficient manner, JDSU formally opened a new facility in Suzhou, China, in October to manufacture high precision optical coatings.

Despite some recent uncertainty over the telecoms market, JDSU is broadly optimistic. “We expect CommTest and CCOP revenues to each grow between 6% and 10% in fiscal Q2,” commented Waechter. “AOT revenue is expected to decline by slightly more than 10% due to cyclical softening of currency pigment demand and delays in printing of the U.S. $100 bill. We expect second quarter revenue to be between $425 million and $450 million and non-GAAP operating margin to be between 10% and 12%.”