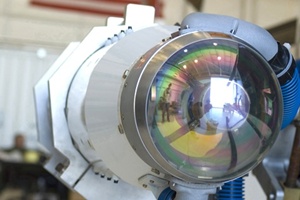 The Joint Air-to-Ground Missile (JAGM) being developed by US defense contractors Raytheon and Boeing has completed the second of three government-sponsored firing tests.

Utilizing a variety of photonics elements to reduce the overall cost and complexity of missiles, the JAGM features a triple-mode guidance system based on a semi-active laser, as well as uncooled infrared imaging (IIR) and millimeter-wave technologies.

According to the two contractors, the latest firing, which successfully hit an armored vehicle target at a distance of 4 km, is the fourth to date. Two tests funded by the companies were completed in April 2010, with the first of three to be sponsored by the US government taking place on June 28.

“This [second] test demonstrates the reliability of our mature and proven uncooled IIR sensor,” added Francois.

The JAGM is expected to replace thousands of legacy missile systems currently used by the US military, such as the Hellfire and Maverick weapons that have been in use since the 1980s.

Airborne Laser delays
Another weapons test, also involving Boeing, that is not going quite to plan right now is the Airborne Laser. Two planned firings of the chemical laser system, which is housed inside a Boeing 747 aircraft, have been cancelled within the past couple of weeks.

The first test was due to take place on August 21, but was postponed because of problems with a hot bypass valve that affected what the Missile Defense Agency (MDA) described as “proper component cooling”. 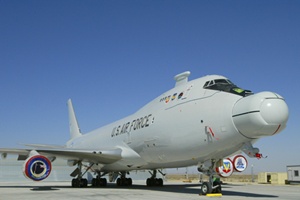 That test was swiftly rescheduled for August 24, but was again delayed: “The planned experiment involving the Airborne Laser Test Bed (ALTB) [was] delayed because of unsuccessful tracking beam calibration engagements by the ALTB against an airborne diagnostic aircraft (surrogate target),” said the MDA in a brief statement. “The calibrations must be successfully completed prior to firing the aircraft’s main directed energy beam. The target missile was not launched.”

The ALTB’s chemical oxygen-iodine laser (COIL) was successfully fired in flight in August 2009, validating the basic concept of the scheme. Then in January 2010, the MDA announced that it had successfully acquired, tracked, provided atmospheric compensation and engaged an instrumented rocket - seen as a major step towards the test firing against a missile target this summer.