Laser technologies aimed at improving solar cell production are unveiled at the EUPVSEC show in Valencia. 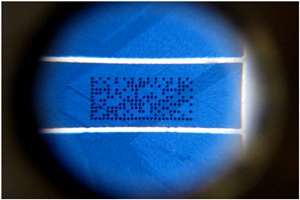 Solar cell maker Q-Cells and laser systems specialists Rofin and Jenoptik are all introducing new laser processes to advance the manufacture of photovoltaic (PV) cells and modules. The companies are showcasing their technologies at the huge European Photovoltaic Solar Energy Conference and Exhibition (EU PVSEC), which is being held from 6-9 September in Valencia, Spain.

Q-Cells, which is much better known one of the leading global suppliers of crystalline silicon solar cells, modules and systems, has developed a laser marking procedure that it says will improve quality control and production efficiencies in PV manufacturing – ultimately helping to lower the cost of the technology.

According to the German company, the new laser process will be fully implemented by the end of the year, enabling users to monitor critical production metrics such as the delivery date of raw material, supplier identification and consumables labeling.

Although it has developed the technology, which is protected by a European patent, in-house, Q-Cells is now offering other cell manufacturers in the PV sector the rights to use it. “The laser marking of solar cells is an ideal way to ensure quality and optimize processes,” said Hans-Gerd Füchtenkort, chief scientific officer at the company.

Another German company looking to expand its presence in the PV sector is the laser systems company Rofin. The firm offers a broad range of systems to the growing market sector, including an 800W system that it claims is already the top-selling laser for edge deletion in thin-film cell production. At the Valencia show, the company is touting a new version of this system, which offers higher output power and the option of “square” fiber output.

Femtosecond application
Like Q-Cells, Rofin offers a laser marking system to aid wafer traceability, and points out that existing marking techniques can often deteriorate amid the multitude of coating and etching processes required for solar cell production. Rofin’s new marking code is said to be highly resistant against changing contrasts, often found with inhomogenous surfaces such as polycrystalline solar cells.

One of the more innovative laser systems that Rofin is presenting at the EUPVSEC event is the ultrafast StarFemto laser, one of the first industrial-grade femtosecond laser systems to become available commercially. Rofin says that when used in combination with an optimized scanner head, this system offers ideal beam characteristics for photovoltaics applications currently at the development stage.

While femtosecond lasers have been used in research and refractive laser eye surgery for many years, the technology is only just becoming viable for industrial production. “Femtosecond lasers [have] a huge potential for a new level of precision and selectivity in applications like thin-film structuring and ablation of dielectric layers,” says Rofin. “Femtosecond lasers process materials faster than energy can diffuse within the atomic lattice and therefore almost no energy diffusion to the surrounding medium takes place. Furthermore, because most of the interaction processes do not depend on linear absorption, virtually any material can be machined by the same laser beam – [the] laser wavelength becomes marginal.”

Rofin is also presenting its patent-pending rectangular-spot, top-hat beam profile technology at EUPVSEC. The approach is set to be used in conjunction with the frequency-doubled PowerLine L 100 SHG laser that is already deployed in PV cell production.

The JenLas disk IR70 is primarily aimed at a new photovoltaic manufacturing technology in which efficiency is increased by relocating contacts onto the rear side of the solar cells - thus reducing the impact of shadows cast by front-sided contacts. However, the laser is also suitable for wafer marking, cell doping and edge isolation of wafers, says the company.

EUPVSEC is taking place throughout this week at the Feria Valencia in Valencia, Spain.