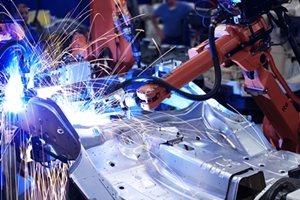 The GSI Group of companies, which includes Excel Technology, Cambridge Technology and Continuum Electro-Optics among its many subsidiaries, is searching for a new CEO.

After exiting Chapter 11 bankruptcy proceedings over the summer, GSI says that it has hired executive recruiting specialist Lancor Partners to help locate and appoint a permanent CEO, with the goal of filling the position by the end of this year.

At the moment, GSI’s day-to-day business is being overseen by Michael Katzenstein, who has acted as the company’s chief restructuring officer over the past few months, and chairman of the board Stephen Bershad.

GSI has been operating without a CEO since May 25, when the previous incumbent Sergio Edelstein left the company. Edelstein was in charge of the company when it embarked on its ill-advised and debt-fueled acquisition of Excel Technology back in 2008.

Since then, Bershad has openly accused the previous executive team of mismanaging GSI’s cash and capital structure, after it spent $160 million cash and overloaded the company with long-term debt to finance the Excel deal.

Stronger finances
Now the company appears to be in a much stronger financial position. Following the restructuring headed up by Katzenstein, GSI’s cash balance has dropped from $87.4 million to $51.1 million, but – crucially - the long-term debt position has been reduced from $210 million to only $107 million.

The combination of a stronger balance sheet and rebounding demand within the industrial laser sector has had a positive impact on orders. GSI registered bookings of approximately $100 million for the second quarter of 2010, up slightly from $95 million in the opening quarter of the year, and more than double the Q2 2009 figure of $40 million.

Katzenstein, now GSI’s principal executive officer, said of the results, “We are continuing to win profitable business in highly competitive markets, and this quarter demonstrates the strength of our offerings and our operating teams.”

“We emerged from Chapter 11 re-energized – due in large part to the hard work and dedication of our employees. We see growth in demand for our products and services. While many exciting challenges are still ahead, I remain optimistic about GSI’s prospects for the future.”

Meanwhile, Bershad hinted that further restructuring of the company – albeit on a much smaller scale – might be on the cards, saying: “The company is committed to improving shareholder value, and will seek to grow its core businesses and focus on efficiencies and integration opportunities.”

GSI also announced that its annual shareholder meeting, which has been delayed on a number of previous occasions, has again been postponed. Previously scheduled for September 30, it will now take place on November 23.

But the better news is that GSI is close to issuing some financial results, something that it has been unable to do for more than a year. GSI’s annual report for 2009 should now appear by October 15, with full quarterly results for the opening three quarters of 2010 expected by the end of this calendar year.