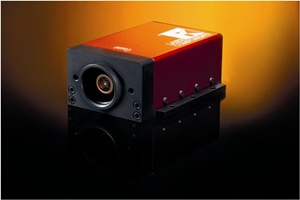 Berlin-based PicoQuant and Laser Components of Olching have set up a new commercial partnership to help stimulate the market for photon-counting modules.

According to Laser Components, both laboratory-based and commercial applications of the technology are being targeted, with typical uses including particle-counting, spectroscopic analysis in biomedicine, and detection of singlet-oxygen phosphorescence.

The photon counters operate over a wavelength range of 400-1000 nm, covering the visible and near-infrared regions of the spectrum. Both types of counter feature state-of-the-art quantum efficiency and extremely low dark-count, says Laser Components.

Starting October 1, the standard "COUNT" modules will be available with dark count rates ranging from 20 to 250 counts. Modules with a dark count of less than 10 counts per second are also available.

Under the terms of the partnership, PicoQuant is to supply key electronic parts, while Laser Components’ US subsidiary will develop and manufacture the highly sensitive avalanche photodiodes (APDs) used in the photon counters. Assembly and test is to be carried out at both companies, with Laser Components providing the "COUNT" series through its international network of distributors, and the "τ-SPAD" series available from PicoQuant.

Patrick Paul, general manager at Laser Components in Germany, said of the collaboration: "Even though the APD technology, which is at the heart of the systems, is our own, it was important for us to bring in another partner."

"Our goal is to develop the modules further, in close co-operation with our customers, in order to open up new applications."