Analysts at Strategies Unlimited say defense and medical applications will drive rapid growth of the mid-IR laser market through 2014. 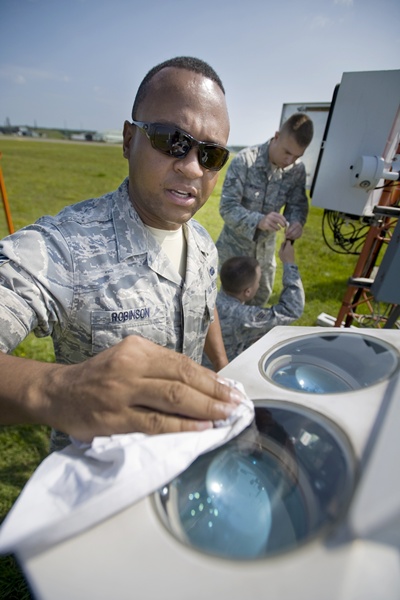 The market for mid-infrared lasers is about to receive a welcome boost from a raft of new medical and military applications. That’s according to a new analyst report from the market research firm Strategies Unlimited, which specializes in photonics industry forecasts.

Report author Tom Hausken told optics.org that although this market is currently dominated by the slow-growing $700 million CO2 laser sector, fresh impetus would be provided by new military and sensing applications that would supplement market growth at a compound annual rate of 30 per cent.

The mid-IR region is best-known for being a covert and eye-safe range that is ideal for spectroscopy and thermal imaging applications because it matches well with the vibrational frequencies of molecules. Hausken has defined the region as extending from 1.8 µm to about 15 µm for the purposes of the latest report.

“Military applications are leading the way,” Hausken added. “This means countermeasures, illuminators and beacons. The military spending on these products will help move the technology forward.” One example in the emerging field is the use of quantum cascade lasers (QCLs) for IR countermeasures, where the US company Daylight Solutions has already gained a foothold.

“The big opportunity that everyone is waiting for is in molecular detection and other sensing applications,” reported the analyst. “There are already products in the market, but many more are coming.”

Those products could benefit from a range of emerging applications in medicine and industrial monitoring, for example trace detection of benzene, toluene or xylene. But the more immediate traction will come from defense: “There is an immediate need for semiconductor lasers for out-of-band illumination,” Hausken explained. “This is to illuminate the field for thermal imagers without tipping-off the adversary that you are there – as the shorter-wavelength illuminators do.”

Spending decisions
Although the pace of market growth among new applications will be driven largely by military spending, Hausken does not expect any negative impact from future spending decisions. “The worst of the recession is presumably over,” he stated. “And the forecast does not turn on any major spending decisions in the short term.”

“In the longer-term, growth will depend on certain wider issues like the adoption of technologies to monitor climate change, commercialization of certain medical devices, and so on.”

At the moment, only the predictable inertia of early system commercialization is holding back the market growth, it seems. But Hausken is confident that things are moving. “What’s exciting is that it is finally happening for these new technologies,” said the analyst.

Medical applications already account for an annual mid-IR laser market worth around $100 million in 2010, but Hausken is particularly enthused by the growing market potential in this sector. “The medical area is very exciting,” he said. “There are so many opportunities, in both diagnostics and treatment.” A knock-on effect in the longer term is that the improved diagnostics made possible through photonic technologies will deliver a better understanding of disease, predicted Hausken: “Optical molecular imaging will also play a big role in this.”

“We will look back in 30 years, and medicine will be much more advanced because of what is happening today,” he said. “Remedies that use a blunt tool today, like cancer or depression, will be much more refined.” 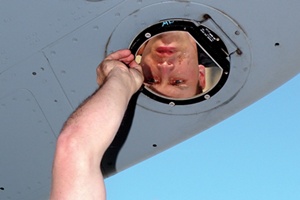 The impact of the growing market on those companies already in the mid-IR laser sector is likely to be a trend towards greater consolidation. “Many companies are ripe for acquisition,” Hausken suggests in the report. “And military contractors have a lot of cash to make these acquisitions.”

To some extent, this trend is already evident – one example being the 2008 acquisition of Aculight by Lockheed-Martin. The Aculight subsidiary is currently working on a high-power fiber laser system for military applications, under a US Army contract that may ultimately be worth $59 million over the next six years.

Hausken’s report lists more than 50 companies that are active within the sector, more than half of which are located in North America. With such a wide range of suppliers and applications, the market is highly fragmented, and there is no overall leader, he says. With many larger players now looking to bring differentiating technology in-house, several of the laser suppliers will be targets for acquisition.