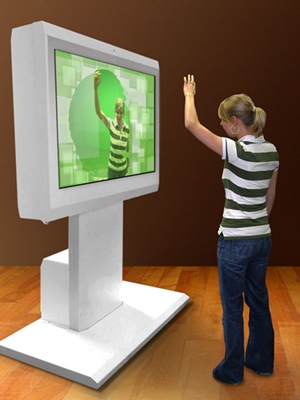 Optical systems and components manufacturer JDSU is beginning to penetrate new markets as it continues to recover from the 2009 economic slowdown.

For its fourth quarter of fiscal 2010, which ended July 3, the company's overall revenues grew strongly to $391 million – aided by new applications in gesture-recognition consoles and concentrating photovoltaics (CPV). The company also swung to a small net profit, of $1.5 million, for the latest quarter.

While JDSU's sales remain dominated by optical communications hardware and test equipment, CEO Tom Waechter said that the company was seeing "robust demand across all segments", while leveraging its wide-ranging technological expertise in optics to target emerging markets.

Of the $391 million total, test and measurement sales accounted for $186.2 million. Communications and optics revenues came in at $157.3 million, of which commercial lasers was worth $22.6 million – up 21 percent sequentially.

JDSU's advanced optical technologies division, which includes components such as optical filters and mirrors, posted sales of $54.6 million, slightly down on a sequential basis.

Games consoles
Waechter highlighted the new application of gesture-recognition gaming, for which JDSU is now shipping near-IR laser diode emitters in production volumes to a "leading gaming provider". Both Sony and Microsoft recently showed off gesture-based systems at the annual E3 video games expo, and Microsoft has set a release date of December 1 for its "Kinect" gesture-based console, in time for the holiday season.

JDSU is also shipping production volumes of optical filters for gesture-based gaming, from a factory in China that is also used to produce optics used in 3D glasses and goggles. JDSU CFO Dave Vellequette added, "We are working with a number of companies looking to bring out gesture-recognition products."

Although revenues from gesture-recognition products accounted for less than 2 percent of JDSU's overall sales in the latest quarter (equivalent to less than $7.8 million), the market looks set to grow quickly, with similar systems under development by companies such as GestureTek for healthcare applications. JDSU added that it has a competitive advantage through its ability to supply both optical filters and diode lasers.

Another new application for JDSU is CPV, where the company made its first sales in the recent quarter after receiving a production order from its lead customer. Several other potential customers are also engaged, JDSU's management team said.

In laser materials processing, JDSU recently unveiled its development of a 4 kW fiber laser system for sheet metal cutting applications, and Waechter said that it now expects to fully launch the high-power product to the global market in June 2011 – in all likelihood at the LASER: World of Photonics event held in Munich, Germany.

This kilowatt-scale materials processing market will grow to more than $1 billion by 2013, according to analysts at Strategies Unlimited. In that sector, industry observers will be closely watching for the outcome of a key battle currently being waged over fiber laser intellectual property rights. The case, brought by IMRA America against IPG Photonics – the leading supplier of high-power fiber lasers – was scheduled to start on August 24, but has since been adjourned.

In its more traditional sector of optical communications, JDSU is also increasing production volumes, with capacity set to grow by one-third in the next 12 months, as sales of tunable XFP modules in particular expand quickly.