Fiber battle delayed as IMRA vs IPG is adjourned

The long-running patent dispute brought by IMRA America against market-leading fiber laser vendor IPG Photonics had been due to start on August 24. 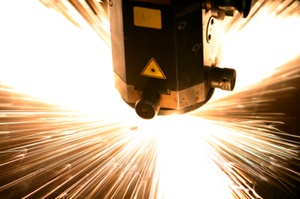 Nearly four years after they were filed, IMRA America’s allegations of patent infringement by rival fiber laser manufacturer IPG Photonics are still waiting to reach trial. The case was adjourned just before the scheduled start of the trial on August 24, with no new start date given.

IMRA first filed against IPG in November 2006, alleging that the latter’s technology infringed US patent number 5,818,630, often referred to as “the ‘630 patent”. Following allegations of the patent’s invalidity that were dismissed by the US Patent and Trademark Office in 2009, the two companies were set to face each other in the District Court for the Eastern District of Michigan, close to IMRA’s Ann Arbor, MI, headquarters.

According to financial documents filed by IPG, which now dominates the market for fiber lasers, IMRA is seeking damages of “at least” $10 million, “treble damages” and injunctive relief. “IMRA also alleges inducement of infringement,” says the company in that statement.

The patent in question was filed by Martin Fermann and Donald Harter from IMRA back in 1998, and has since been cited by a large number of other patents relating to fiber laser technologies.

In the ‘630 patent, Fermann et al set out details of how to amplify and compress optical pulses in a multi-mode fiber. Key elements include doping the center of the fiber core to preferentially amplify the fundamental mode. The patent also describes ways in which systems can be designed to allow pumping with high-power laser diodes, for example by using a double-clad amplifier structure.

License agreements
Following the initial 2006 filing against IPG, IMRA has set up a number of licensing agreements with other companies working on high-power fiber lasers. In January 2009, the European companies TEEM Photonics and Crystal Fibre both agreed to licence the ‘630 patent.

Since the USPTO upheld the validity of the ‘630 patent in July 2009, IMRA has also agreed licensing terms with a much larger company, in the form of Germany-based Jenoptik.

At the time, Takashi Omitsu, the president of IMRA, said, “IMRA is delighted to add Jenoptik to our growing family of licensees. We have pioneered the development of ultrafast and high-power fiber lasers, and continue our practice of spreading the use of our important technology through licensing our intellectual property across the world.” While it is highly likely that IMRA has pursued the same course of action with IPG, clearly no settlement was ever reached, leading to the pending court case.

The complex case has already involved a number of expert witnesses, including a testimony from Wayne Knox, director of The Institute of Optics at the University of Rochester. Knox, who appeared as a technical expert on behalf of IMRA, believes that the vast majority of IPG products infringe the IMRA patent.

Knox prepared two reports on the alleged infringement, noting that he had not been able to test any IPG products because some key components are sealed with an opaque silicone encapsulant – which, in Knox’s view, makes it virtually impossible to either see the key components, or disassemble any IPG product without destroying them. Knox believes that one of the reasons IPG uses the encapsulant is to prevent competitors from seeing the inner workings of its products.

Should IMRA win the case, IPG may be forced to pay IMRA a royalty on future sales. Since IMRA filed the allegations, IPG’s business has expanded substantially, as it has maintained a stranglehold on the market for high-power fiber lasers used in industrial materials processing applications.

In its latest financial quarter, IPG posted record revenues of $67.3 million, and a further increase is expected in the current quarter. IMRA’s case was filed just as IPG was in the process of raising nearly $100 million through its initial public offering of stock.