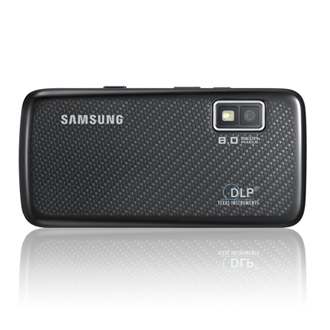 Pocket projector; mini projector; pico-projector; nano-projector. The muddle of names that has sprung up around these miniature display products succeeds at least in dragging our thoughts away from the projectors that we are more familiar with.

Unlike those in the cinema, the schoolroom and the boardroom, they reportedly make it convenient to watch images and share information in more informal situations. But we've survived without them so far: Can these projectors really force their way into our pockets? If so, how successfully?

The past year has seen an avalanche of product launches that makes the proliferation of names seem tame. They represent an upsurge in interest from manufacturers, according to Jennifer Colegrove of the market analyst company DisplaySearch:

“I started looking into the pico-projector market in 2004,” she explained. “I didn't see anything, only a couple of demos, but the concept was already very attractive. In 2008, there was not much either. Now, in 2010, I wrote this report again and suddenly I found that in just one year, over 100 models entered the market.”

Colegrove says that products launched in 2009 were dominated by technology exploiting liquid-crystal-on-silicon (LCOS) microdisplays combined with color filters. The microdisplay can be considered the heart of a pocket projector, assembling the images that emerge. It is fed by a light engine, comprising LEDs or laser diodes, whose light typically passes through a series of optics such as polarizing beamsplitters, dichroic mirrors and X-cubes before reaching the microdisplay. After leaving the microdisplay, the outgoing light passes through a projection lens and onto the projection surface. 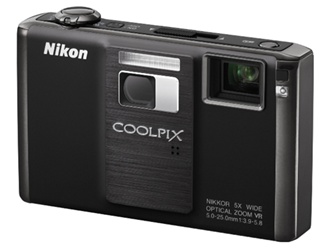 That is largely because it can use a single white light source, while each of the other three technologies must combine red, green and blue sources. “LCOS with color filters can use typically just one high-brightness LED,” she says. “Having three light sources that all have to shine on the same microdisplay [means] you must have optical lenses to guide light in exactly the right direction.” When there is only one white light source, Colegrove points out, the result is a simpler, smaller, more readily assembled product. “That's why the first digital still cameras with embedded pocket projectors - from Nikon - are this kind,” she says.

With attention being paid to the race to develop green laser diodes between optoelectronics companies like Osram Opto Semiconductors and Nichia, you would be forgiven for thinking that laser projectors are destined to dominate the marketplace – even though it may be a few years before those lasers are available at a price point and output power sufficient to displace frequency-doubling crystals.

Currently the main microdisplays used with lasers in pocket projection are MEMS scanning projectors like those produced by the US company Microvision. There, the green diodes may deliver an advantage by replacing the frequency-doubled components. But when it comes to the other projection technologies, Frank Moizio, manager of the DLP Pico Projection business at Texas Instruments DLP, explains that manufacturers have elected to use LEDs. “We built our first prototype and design as lasers and DLP,” he recalled. “We showed samples to major brands and they didn't want lasers, they wanted LEDs.”

The key issue preventing the wider uptake of lasers is brightness. Because scanning MEMS produces an image from a single moving beam, it can use higher-power, Class 2 rated lasers, which are safe because the normal blink response limits exposure. Other approaches are limited to Class 1 lasers, which are safe under all normal use conditions. “Pico products today need to achieve much higher brightness levels, where a range of 20-50 lm is desired by end users,” Moizio says, brightness levels that are now typical for DLP with LEDs. “Today it can't be done with a Class 1 laser.” * 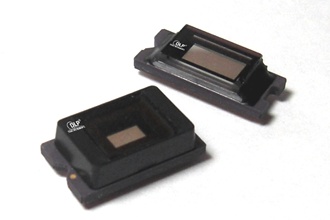 Bright prospects
LCOS with color filters dominated the pocket projector market in 2009, DisplaySearch notes, due to its early entrance. It expects that DLP and LCOS field-sequential technologies will take the lead in 2010, an outlook shared by Moizio.

“We're seeing excellent growth from 2009 through 2010, in terms of unit counts, the number of brands, and the types of products in the marketplace,” he said. “We continue to ramp our production pretty much on a quarterly basis and I would envision that we'll continue to do that for some time. We're seeing in excess of a double, year-on-year, and we'll see it again next year.”

Rapidly advancing technology is helping to drive this uptake, Moizio pointed out. Texas Instruments launched its second-generation DLP chipset at the end of 2009, which upgraded the resolution available from HVGA to WVGA – from 480x320 to 854x480 pixels. “They're also much brighter – they've doubled in brightness, they're smaller in size, they're lower in power consumption,” Moizio explained. “The technology is getting a lot better.”

The smaller size is enabling more embedded devices, and perhaps most notably, projector phones. Samsung's Galaxy Beam and W9600 have been picked up by Singapore's Starhub and Korea's KTF network carriers respectively. AT&T in the US has been promoting LG's Expo projector phones, while NTT DoCoMo in Japan has its own-brand product. All these products exploit DLP, Moizio emphasized. “Those kinds of factors, the technology getting better, more carriers interested in the products, are signs that things are moving forward,” he asserted.

DisplaySearch agrees with Moizio that the pocket projector market is poised for rapid growth. It forecasts that the total market will grow from 0.5 million units and $117 million in revenues in 2009 to 142 million units and $13.9 billion in revenues in 2018. This represents a compound annual growth rate (CAGR) of 70% for revenues and 88% for units. “Among those, the majority will be embedded types,” Colegrove says.

“For the long-term forecast, we think LCOS field-sequential will be number one, DLP will be number two, MEMS scanning will be number three, and LCOS with color filters will drop to be the lowest.” However, Moizio counters that rival projection analyst firm, Pacific Media Associates, forecasts that DLP will be the technology leader from 2011.

So just how successful would pocket projectors be if DisplaySearch's prediction came true? Compared with the global handset market, pegged at 1.1 billion units in 2009, they won't be anywhere near as popular - even by 2018. That said, one handset in particular sold a comparatively measly 25 million units in 2009 - a number that looks small when compared with the 2018 projector forecast. Then again, that product was Apple’s iPhone. Is that successful enough?

* For clarification, Texas Instruments emphasizes that DLP-based projectors can be used with any class of laser.