InVisage Technologies of Canada says that its QuantumFilm is the world's first commercial quantum dot-based image sensor. The first QuantumFilm image sensors, targeting high-end mobile handsets and smartphones, will sample in Q4 of 2010. The technology is said to solve the challenge of capturing stunning images using mobile handset cameras. 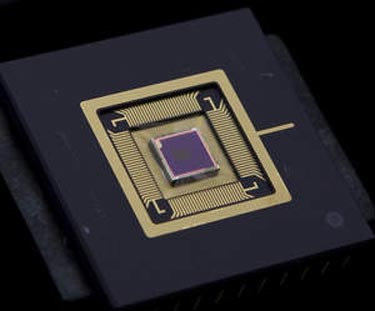 "It is becoming increasingly difficult and expensive to develop next-generation image sensors using silicon; essentially, silicon has hit a wall," said Jess Lee, InVisage president and CEO. "The fundamental problem is that silicon cannot capture light efficiently, but until now it has been the only option. The disruptive nature of QuantumFilm builds on silicon's success in electronics, and elevates its function using new materials that are engineered from the ground up for light capture."

Silicon-based image sensors – the technology used for all of today's digital cameras including handheld, professional, mobile phone, security and automotive cameras – capture on average just 25% of the incident light. In contrast, QuantumFilm captures between 90 and 95%, enabling better pictures in even the most challenging lighting conditions.

According to InVisage, this increase in efficiency will deliver improvements across the entire imaging market, allowing QuantumFilm to be the de facto next-generation camera platform. The first target market for QuantumFilm is mobile handsets, where there is the greatest demand for small, high-performance image sensors.

Just nanometres in size, the quantum dot-based material is deposited directly on top of the wafer during manufacturing. And unlike silicon-based image sensor technologies such as back-side illumination and front-side illumination, QuantumFilm covers 100% of each pixel. The material is added as a final wafer-level process, which allows for easy integration into standard semiconductor foundries.

"It is safe to say that the industry spends an average of $1 billion for each new generation of pixel technology, all to achieve a single-digit percentage improvement in image quality," said Tetsuo Omori, a senior analyst at Techno Systems Research Co. "The future of imaging is in new materials like QuantumFilm, which will change the competitive landscape and possibly reignite the pixel race."

InVisage was founded in 2006 and is led by industry veterans from the image sensor and advanced semiconductor materials industry. QuantumFilm was developed after years of research under the guidance of company CTO Ted Sargent.

The company employs 30 people at its Menlo Park headquarters and has received more than $30 million in funding from RockPort Capital, Charles River Ventures, InterWest Partners and OnPoint Technologies. Its technology is protected by 21 patents and patents pending.