As many major economies emerge from recession, could 2010 mark the start of the road to recovery for the optics industry? Jacqueline Hewett asks Robert Edmund, the president and CEO of Edmund Optics, what 2010 holds for his company 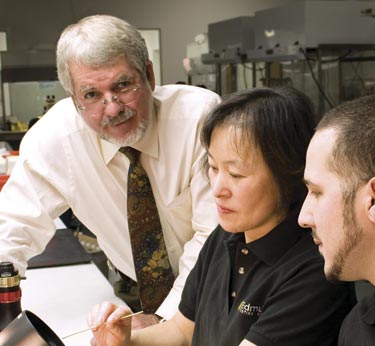 Edmund Optics is a company with a bold claim to fame: the world's largest inventory of optical components. With more than 21,000 products available for next-day shipping and a network of regional offices across the globe, the state of the economy has never been more important.

Robert Edmund is the son of Norman Edmund, who founded the company in 1942. During the 1980s the company made a strategic decision to focus its efforts on industrial optics. It's a move that has paid dividends as today Edmund Optics employs around 650 people globally and is firmly established as a leading catalogue-based supplier of industrial optics as well as custom optical components.

How did you find trading conditions during 2009?

Sales at Edmund Optics were down around 7% year-on-year. This decrease was across the board and came from all geographical regions. The worst hit was Japan. We don't sell a lot of optics into China or India, at the moment, so while those economies have been stronger, they are not major buyers from outside their own borders.

We can split our business into two groups: catalogue sales and custom optics. During 2009, sales of our standard catalogue products declined more than our custom-made components. In 2010, we are starting to see that shift reverse with catalogue sales booming.

A lot of our custom products are designed for defence applications and that is where pull-backs are now starting to occur. Likewise, the purchase of large capital equipment seems to be on the slow path to recovery.

What is fuelling the growth in your catalogue sales?

Research and development is clearly picking up and there has been a notable increase in R&D funding. Another aspect is that, while this particular recession has impacted the technology sector, the sector itself did not cause the recession.

From a practical standpoint, I think that commercial technology applications are viewed as one way to get out of the dilemma. If you go out and talk to commercial companies, they all say that they have to release new products to get sales going again. In turn, this definitely helps our catalogue product sales as components are migrated into new devices.

The US economy grew 3.5% between July and September 2009, its first expansion since June 2008. How big a milestone is this?

I think we should view this development with some scepticism. My sense, in our industry especially, is that people feel we have seen the bottom and are now into a period of recovery. The scepticism is that if you ask most people in the optics industry "Have you gone back to 10–15% growth?" they would say no. It's getting better, but it's not that good. Yes, we have improvement, but at what level and will the improvement sustain? President Obama's stimulus package has aided this economic expansion to a degree but we have to view this with some caution, especially when the package comes to an end soon.

How did your business model change to cope with recession?

In a recessionary period it was terribly important that we introduced new products as a way to reinvigorate our sales. Customers who are hesitant can be tempted to buy if you put something interesting enough under their nose.

We introduced around 2000 new products in 2009 and continued this commitment, releasing 3400 new products in our spring 2010 catalogue. If anything we have put more effort into getting new items out into the market and bolstered our marketing.

Another key guideline we agreed was that anything we did to react to the economic decline had to be invisible to our customers in terms of the level of service. When we looked at where we might cut staff and expenses, if in doing so we were going to reduce our level of service, we didn't do it.

With respect to marketing, while there was some pull back, again, we tried to be very careful not to reduce our face in the marketplace. Everybody says the same thing, but what they do in reality can be very different. A lot of companies reduced their sales staff and you have to question the wisdom of that.

What markets or applications are holding steady or growing going into 2010?

In my opinion, the vision and imaging market has remained one of the strongest through all of this, partly because it is a newer and growing aspect of optical technology. There are new applications coming online all of the time, notably around security and manufacturing technology. In many cases the vision system is a cost saver. Specifically, the system could replace people involved in quality control. This is exactly the kind of thing companies are looking to do.

The recovery is going to be long and slow – but it's definitely started.

Biotech and medical applications have remained strong and vibrant compared with many others. As I mentioned earlier, defence was great to have but it is now reacting and funding is slowing down. Semiconductor took one of the steeper dives and is now starting to show some life again, which is wonderful to see.

How big a market is solar for Edmund Optics?

We class solar and photovoltaic under vision and imaging as the market includes applications such as wafer and cell inspection. Many people believe that solar is going to be the next big thing, but I don't think so. It is certainly a growing market and one that you can't ignore but to say that it's going to take off as other optical technologies have; I don't see that happening. I think it is a long and slow path. Thinking back to the telecoms boom, everyone wanted to redefine themselves as a telecoms company. I don't think we are seeing that with solar. The big applications are still vision and imaging for Edmund Optics.

What does 2010 hold for Edmund Optics?

At the moment we are still refining our budget for 2010. Our initial conservative approach was to get back to the same level as 2008, but the more I think about it the more ambitious I think that target is unless business can sustain the current first quarter boom.

My impression is that the recovery is going to be long and slow – but it's definitely started. We saw glimmers of that in July and August 2009 and then September convinced us it was a trend and not a blip. October 2009 through December backed that up further. However, everyone is pleased with the upswing in the first quarter of 2010. I think we are all holding our breath that this momentum will continue throughout 2010 and that we do not enter a double-dip recession.

Is it an improving picture in general for the optics market?

That's my impression, yes. I haven't talked to anyone who says it is still getting worse. You've got a more positive outlook but you are looking at the rather disappointing reality that things are gradual.

It was great to see that the mood of Photonics West 2010 was quite optimistic. Many visitors to our booth came to discuss specific projects and were looking for standard optical components to help solve their application challenges. In 2009 everyone was uncertain and frightened but we left feeling more positive in 2010. It's still a difficult time for exhibitors given the large expense of a tradeshow, but I think people recognize that they have to get out there. 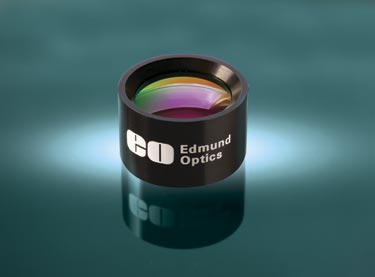 What new products will Edmund Optics be unveiling at OPTATEC?

There is a growing interest in the far ends of the spectrum: infrared and ultraviolet. Biotech is prompting growth in the ultraviolet, while security and defence applications are driving IR product development.

Edmund Optics will be introducing a new line of standard mid-wave (3–5 µm) achromats in addition to IR aspheres, windows, polarizers and filters. Adding these new product lines reinforces our commitment to delivering innovative standard optical components. When combined with our ability to deliver custom solutions quickly, the company is well positioned to emerge from the recession.

Although it is not new news, aspheres continue to be hot. We are also releasing three new lines of standard aspheres including small IR aspheres, plastic hybrid aspheres, which offer a low-cost colour-corrected solution, and a new line of standard plastic aspheres that gives our customers more flexibility in selecting the right solution based on cost and weight requirements. New families of fluorescence filters, UV achromats, and reflective objectives will all help to provide an exciting start to 2010.