Photonic-crystal fibres: the route to success

The photonic-crystal fibre enables scientists to think in new ways about guiding light – and to follow that with innovative applications. Marie Freebody goes right back to the source and speaks to the inventor of the multifaceted fibre, Philip Russell.

Philip Russell first proposed the photonic-crystal fibre (PCF) in 1991, before successfully demonstrating the technology in 1996. Since then, Russell has established the Centre for Photonics and Photonic Materials at the University of Bath, UK, and is one of the founding directors of the newly formed Max Planck Institute for the Science of Light in Munich, Germany. 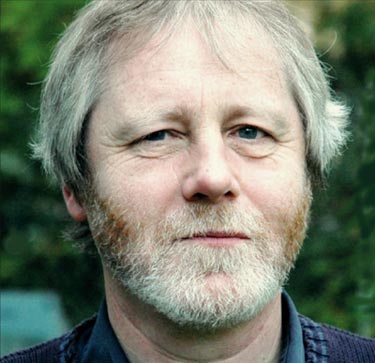 Explain how PCFs work PCFs are hair-thin strands of glass with a transverse two-dimensional crystal lattice of repeating units containing either hollow channels or strands of a different glass, which run along the entire length of the fibre. PCFs can confine light to a central guiding core by two methods: total internal reflection or the photonic band-gap effect. Total internal reflection occurs when the refractive index in the core is higher than in the surrounding cladding. The photonic band-gap effect was first demonstrated in 1998 and is a relatively new approach. A photonic band-gap cladding can be viewed as a kind of generalized sieve. As the wavelength of the light changes, the roles of "hole" and "strand" reverse; in one wavelength range the hollow channels act as barriers, whereas in another it is the glass microstructures in between the holes that block the escape of the light. If neither the hollow channels nor the glass microstructures block the light, then no low-loss guided mode exists in the core.

Why is PCF research important? Although a technological marvel, telecommunications optical fibre is quite restricted in the range of things that it can do. Before the appearance of PCF, there was no good way to trap light in a hollow core and transport it in a single mode over great distances. There was also no good way to make radical changes in the effective optical nonlinearity of fibres, or in the magnitude and wavelength dependence of the chromatic dispersion. The PCF concept has also encouraged scientists to think in new ways about guiding light in fibre-like structures, and to dream up new applications based on these discoveries.

What are the main applications for PCF and when will they occur? One of the most important applications is the efficient generation of broadband white light. The key advantage of such sources is that the light is spatially coherent, which means that it can be focused down to an almost diffraction-limited spot across its entire spectrum.

In the longer term, PCFs could become the vehicle of choice in long-haul telecommunications. In this application, the relative absence of optical nonlinearity in the hollow-core PCF would allow adjacent wavelength channels to be much more tightly packed without the penalty of interchannel cross-talk.

When filled with liquid, the hollow core can be used as a microfluidic channel in which precisely controlled radiation forces can be used to hold particles. Such liquid-filled PCFs could be used to transport small particles from one microfluidic circuit to another along a curved and reconfigurable path.

Other emerging applications are in sensing (chemical, biological, medical, environmental) and high-power lasers and amplifiers.

How well are PCFs penetrating the fibre market? So far, two spin-out companies have been formed. The first was BlazePhotonics, which emerged from the University of Bath, UK. Its focus was on developing hollow-core PCF for long-haul telecommunications, achieving an attenuation of 1.1 dB/km. Perhaps best known at present is Crystal Fibre in Denmark, which sells a range of different PCF designs. A number of companies have also incorporated PCF into their products, including Menlo Systems in Munich, Fianium in the UK and Koheras in Denmark.

What is the most important recent advance in PCF and what hurdles remain with respect to exploitation? Some would say that broadband supercontinuum generation from compact lasers is the most important development to emerge from PCFs. Others would argue that the greatest scientific advance is the demonstration of ultralow-loss guidance in an empty core, thus for the first time overcoming the diffraction of laser beams in free space. Yet others might feel that being able to make fibres that are singlemode at all wavelengths is the most important.

A key challenge is to extend the wavelength ranges where working PCFs can be made. Important regions include the mid-infrared (2–20 µm) and the ultraviolet (100–300 nm). The mid-infrared has many potential uses in sensing, and ultraviolet is important, for example, in lithography and direct excitation of the natural fluorescence of living cells. The availability of suitable low-loss PCF could lead to bright supercontinuum sources in these spectral windows. Another key challenge is to demonstrate even lower losses at telecoms wavelengths. A value of 0.2 dB/km at 1550 nm (and even lower at slightly longer wavelengths) seems well within reach, given sufficient investment and an efficient technical team.

What do you expect to be the next big breakthrough? Some leading candidates include filling the hollow core of the best low-loss PCFs with gases, whereby intensity-driven nonlinear gas-laser interactions can be enhanced by an astonishing seven orders of magnitude. This is likely to lead to gas-laser wavelength conversion or all-optical switching devices that one could coil up in a credit card.

Techniques have been developed for introducing atomic vapours into the hollow core, which interact strongly with guided light at resonant wavelengths.

And by filling the hollow channels with metals such as silver or gold, one is able to exploit plasmon resonances on arrays of parallel nanowires, with links to the new field of metamaterials.

Finally, efficient spectral transformation of infrared laser pulses into the ultraviolet or the blue seems feasible with appropriate control of nonlinearity and dispersion. Such sources would immediately find important applications in medical and biological imaging and diagnostics.