Start-ups: is it time for something new?

With the global economy in the dumps, this looks like no time to be starting a new photonics business. But even now, argues David Nugent of Elucidare, determined innovators can still connect with capital. 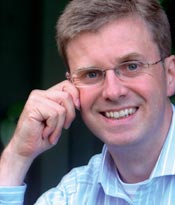 Is this a good or a bad time to start a new photonics business?

To quote Charles Dickens: "It was the best of times, it was the worst of times." It really depends on what sector you are in and what your capital requirements are. Venture investors are notoriously faddish, often due to their self-preservation instincts, so it is important to present the right story at the right time. Strategic investors have different agendas and are always on the lookout for defensive or opportunistic additions.

In telecommunications, the last 12 months have been witness to some tectonic exchanges between the incumbent suppliers and I sense that we are near the end of the unrelenting rationalization process. This should pave the way for a more stable and predictable photonics community in which early-stage innovators can forge product development and commercialization partnerships. I hope this is not wishful thinking.

What are the secrets of success beyond the initial idea or innovation?

If you can't sell your idea to a customer, you'll never sell it to an investor. So getting buy-in from initial buyers or licensees – even if just at the conceptual stage – can make the difference between attracting investment or not.

In the case of ground-breaking technologies such as the quantum-cascade laser, it proved important to gain the approval of academic adopters before more conservative commercial buyers would take the plunge. You can see the same evolutionary process under way today in the fields of metamaterials and silicon emitters.

What is the best way for scientists and engineers to connect with capital?

Join your local angel investor club and speak with as many venture investors as you can. Getting the right introduction – and at the right time – is important, so forge relationships with trusted third parties such as patent attorneys and PR firms.

What areas of photonics are grabbing the attention of investors right now?

Undoubtedly, solar is proving popular among venture investors at the moment. The sector has attracted over $930m (€650m) since January, with the largest investments steered towards production ramp-ups at firms such as Norway's NorSun as well as US-based Suniva and SolFocus. Investment has also found its way to early-stage innovators such as Enphase Energy and CaliSolar, both based in the US. Enthusiasm for photovoltaics is spilling over into the laser community, where companies like Arbor Photonics, US, have raised funds to target the solar-panel manufacturing opportunity.

The telecoms market remains troubled from an investment perspective. There have been a few successful venture rounds, though these tend to be geared towards the maintenance of existing portfolio companies. Nevertheless, integrated optics appears to be enjoying a renaissance, with sizeable investments into OneChip Photonics (Canada) and Alphion Corporation and Kotura (both based in the US).

Biomedical remains a perennial favourite for niche investors, specifically in areas such as photodynamic therapy and optical coherence tomography.

What do you think will be the "next big thing" in photonics?

Many of the most exciting photonic riddles remain to be solved. I'm still waiting for convincing solutions to seemingly intractable problems such as the terahertz gap and LED efficiency droop, for example. I also sense that we are poised to make big strides towards the commercialization of optofluidics (see p15, print edition), plasmonics and quantum computing.

In telecoms, the advent of 100 Gbit/s line rates will blur the distinction between photonics and established radiofrequency modulation techniques, so I am looking forward to seeing what emerges from this marriage of inconvenience.

What separates the winners from the losers?

Ultimately, it comes down to management and its ability to spot commercial opportunities ahead of the crowd. Companies rarely succeed with plan A, so it is important to keep an open mind to new markets and applications. Supportive and well funded investors are also crucial, especially for capital- intensive manufacturing firms.