Philips: 'LEDs will take the world by storm'

But Lumileds' parent company is still cutting jobs across the wider company. 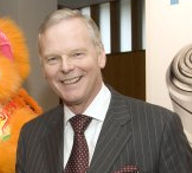 Philips has halved the valuation of its Lumileds subsidiary, blaming the global economic downturn and an uncertain outlook for its LED products. The giant Dutch conglomerate had confirmed the move one week prior to its January 26 financial results presentation, following initial indications in December.

Despite taking that big hit on its balance sheet, Philips still regards LEDs and solid-state lighting as a key strategic technology in the longer term. Philips CEO Gerard Kleisterlee noted that LEDs' profile was growing rapidly. "LEDs will take the world by storm," the CEO said. "And we are at the front of it."

Philips said that the LED components produced by Lumileds accounted for 4% of its lighting division's €7.1 billion total sales in 2008, equivalent to some €284 million. "[Demand from] automotive and consumer-related markets were particularly weak, resulting in lower sales at special lighting applications and Lumileds," said the company in its financial results. Sales of LED components in automotive, display and cell phone applications were especially poor.

According to Kleisterlee, the sudden drop-off in demand across the Philips portfolio was something neither he nor his big-business peers had witnessed in their lifetimes. "We have never seen such a dangerous slump," said the CEO. "This is different. We tend to talk about market 'headwinds' in business. This is a hurricane."

In response to the unprecedented market conditions, Philips is preparing to cut its workforce by 6000 positions during 2009, although there was no indication whether or not this would hit Lumileds or LED operations directly. Kleisterlee added that salary increases would be limited across the company, with senior managers including the CEO taking a pay freeze.