Finisar ticks up on marginal gains 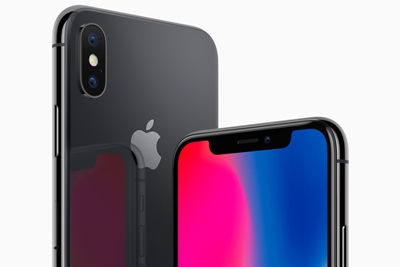 Although at $317 million the Sunnyvale firm’s revenues were down 7 per cent on the same period last year, along with an operating loss of nearly $16 million, the company’s stock price rose in value nearly 10 per cent immediately following the announcement.

That jump appeared to partially reflect CEO Michael Hurlston’s expectations of an increase in demand for VCSEL components used in 3D sensing applications ahead of the coming holiday season. Key customer Apple will be responsible for the majority of that traction - with the consumer electronics giant scheduled to unveil its latest offerings later this week (September 12).

Sherman fab build-out
Finisar is currently spending heavily on the conversion of a semiconductor chip facility in Sherman, Texas, for VCSEL production – with CFO Kurt Adzema outlining $97 million in capital expenditures, including equipment, in the three months that ended July 29.

The large site, scheduled to be up and running at the end of this year, will produce the components on 6-inch gallium arsenide wafers and is expected to provide several customers with VCSELs for 3D sensing applications from next year onwards.

Production of VCSELs for more traditional datacom applications will remain at the 4-inch wafer facility in Allen, Texas, for the foreseeable future – meaning that those datacom customers will not to re-qualify components imminently.

Thus far, the 3D sensing demand has been dominated by Apple for its iPhone X deployment, but that looks set to change over time as Android handsets increasingly adopt the technology for applications like face-scanning security, and automotive applications become viable.

“In addition to the increase in demand for our VCSEL laser arrays for 3D sensing applications in the second fiscal quarter from our primary customer, we are either in [the] process or have completed qualifications with many new VCSEL array customers for both consumer and automotive applications,” Hurlston told an investor call to discuss the latest figures.

“In our new VCSEL laser fab in Sherman, Texas, we have completed the uplift of the building and installed a significant amount of the capital equipment for our first phase of capacity. We have begun the internal qualification for a process of all the equipment and still expect to be qualified and in production using our 6-inch wafers by the end of this calendar year.”

Automotive customer
Asked about the prospects for the 3D sensing market aside from Apple, Hurlston said that volumes required for other customers “pale in comparison”, and that demand for VCSEL arrays would inevitably be seasonally weighted in the near term.

He added that the company was hitting internal production milestones at the new VCSEL fab, with the first “end-to-end” material now manufactured. “We begin testing that and going through internal qualification,” Hurlston said. “I expect to refine the recipe a few times before we're done and qualified.”

When asked specifically about prospects for the technology in automotive applications, he indicated that initial revenues could be booked by early 2019, although the landscape here would also be dominated by the requirements of a single customer initially.

Beyond the VCSEL discussion, Finisar’s CEO noted that it was strong sales of wavelength-selective switches that delivered the slightly higher than expected revenue figure in the latest quarter – with the uptick here largely generated by customers in China.

For the current quarter, Hurlston and Adzema are predicting that sales will nudge upwards, to between $315 million and $335 million as the seasonal VCSEL demand kicks in.

• Following the financial statement and conference call, Finisar’s stock price ticked up in value by 10 per cent, although that jump was pared back slightly in later trading.

At $20.15 on the Nasdaq exchange the company now stands at a six-month high, equivalent to a market capitalization of just under $2.4 billion.