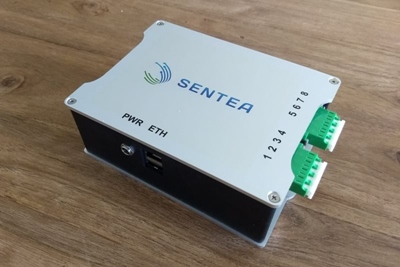 A new fiber-optic sensing company called Sentea has been spun out of a decade-long research collaboration between Ghent University and the imec technology development center.

Backed with an initial €1.6 million of seed funding raised from Fidimec, Finindus, PMV, QBIC II, and the founding team, Sentea plans to develop and market products based on silicon photonics designs.

The technology will be aimed at applications in civil and structural engineering, by continuously monitoring structures like bridges or nuclear power plants for signs of damage that over time could lead to catastrophic failure.

In addition, the sensors could be used to help maximize the efficiency of structures such as wind turbines.

Now hiring
Based at the Zwijnaarde technology park in Ghent, described as the "Silicon Photonics Valley" of Belgium’s Flanders region, Sentea is headed up by CEO Karsten Verhaegen. Verhaegen previously enjoyed success as the COO of Caliopa, another Ghent-imec spin-out specializing in silicon photonics transceivers that was acquired by Chinese telecoms giant Huawei back in 2013.

Other Sentea executives include co-founders Thijs Spuesens and Ronny Bockstaele, respectively the company’s CTO and COO. According to its web site, the firm is currently hiring for photonics packaging and design engineers, as well as an embedded software specialist.

The team cites recent reports suggesting that the market for fiber-optic sensors in structural health monitoring will more than double over the next five years, to around $3.4 billion by 2023. A separate report published last year by analysts at BCC Research suggested a potential $3.2 billion market by 2021 and compound average annual growth of around 10 per cent.

Verhaegen and colleagues say that key drivers include concerns about catastrophic failures of ageing infrastructures in developed countries – as evidenced by the recent collapse of the Morandi road bridge in Genoa that killed 43 people.

Smart structures
According to a recent New York Times article, a structural engineer from the Politecnico di Milano had recommended that sensors be fitted to the Morandi bridge after an inspection in October 2017 found anomalous results – although that recommendation was never followed up.

Fiber-optic sensors are able to monitor variables like strain, vibration, pressure, and temperature at multiple points along the length of the deployed fiber. The inherent advantages of the fiber-optic approach include the relatively lightweight, compact hardware, and immunity to electromagnetic interference – although they are typically more expensive than traditional sensors. 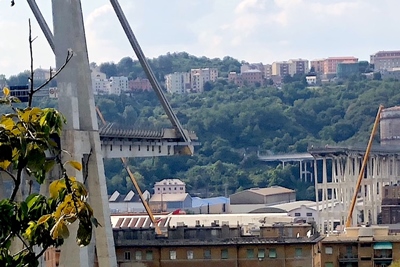 By developing the technology in the silicon photonics format, Sentea’s approach promises to cut the cost of fiber-optic interrogators, and the company suggests that together with the emergence of the Internet of Things, Industry 4.0, and big data, demand for fiber-optic sensing in structural health monitoring, so-called “smart structures”, and process control applications ought to proliferate.

"Using silicon photonics, Sentea can make interrogators small and cost-effective, bringing fiber-optic sensing to a wide range of applications in markets such as wind, oil and gas, construction of civil infrastructure, heavy industry, and transport."