Japanese conglomerate takes part in $19.5M series B venture round for US firm intending to advance 'multi-modal' biometrics. 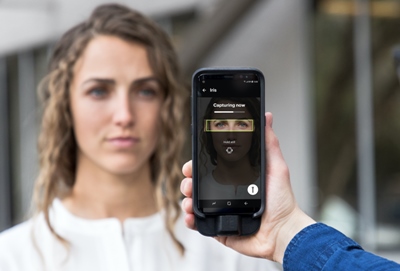 The Silicon Valley biometrics firm Tascent has completed a $19.5 million series B round of venture funding that should enable it to expand its range of products and global presence.

Based in Los Gatos near San Jose, California, the company claims to be the industry leader in “intuitive biometrics”, and had previously raised $18.5 million back in 2015. Its products, some acquired via the prior acquisition of an AOptix Technologies division in early 2015, use optical techniques to remotely and rapidly capture high-quality iris images and other biometric data.

Adaptive optics
NEC, which already sells its own “Bio-IDiom” biometric systems, says its in-house iris identifier – based on infrared cameras - was earlier this year rated as the world’s most accurate by no less an authority than the US National Institute of Standards and Technology (NIST).

The Japanese firm’s executive VP Masakazu Yamashina said of the latest move: “NEC has long delivered the benefits of multi-modal biometrics with our industry-leading solutions, and we expect that Tascent’s expertise in technology innovation, solution development, and product design will help NEC to further grow the biometric identity market.”

Tascent’s products include the “InSight One”, said to be capable of capturing dual iris and face images from a working distance of up to a meter inside two seconds. It and the firm’s “Duo” systems are aimed at traditional applications such as border control and immigration – they are already a feature at London’s Gatwick Airport and Dubai International, for example.

Using photonics technology inherited via the AOptix deal, the Duo system relies on adaptive optics technology to reduce the rate of false matches to near-negligible levels.

In-flight immigration?
More recent developments appear to be more focused on mobile applications, including a multi-modal iris, fingerprint, face and voice system designed for the Apple iPhone, and a similar development aimed at Samsung’s Galaxy S series and other high-end Android handsets.

The firm has also signed a deal with Panasonic’s avionics unit that could see the technology incorporated into airplane seat-back screens, raising the possibility of in-flight border control.

Joey Pritikin, Tascent’s co-founder and currently co-CEO (along with Alastair Partington) said in a company release: “This is an exciting time to be innovating in biometrics and identity. Biometrics has become an important part of our daily lives, thanks to solutions that are both accurate and intuitive.

“Our global partnerships in technology, sales, and support have played a pivotal role in the company’s success, and the participation of NEC and Min Aik in our B Round will help drive Tascent’s future growth.”

Like the company’s VP of operations Scott Clark, Pritikin was originally part of the AOptix “identity solutions” unit before it became incorporated with the newly formed Tascent.

Founded in 2000 by a group of scientists from the University of Hawaii’s Center for Adaptive Optics, AOptix’ technology was initially based around the same basic method now used routinely by astronomers to correct for atmospheric distortion.