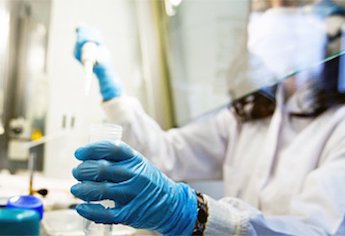 Rakuten Aspyrian, a California-based privately funded clinical stage biotechnology company, has announced the raising of $150 million in Series C financing, in support of moving its photoimmunotherapy (PIT) platform towards clinical use.

The financing will allow manufacturing scale-up of ASP-1929, the company's proprietary anti-cancer compound, along with moves towards commercialization. Rakuten Aspyrian has said that it ultimately intends to launch ASP-1929 in the US, Japan and Europe.

"With this financing we will advance our lead compound ASP-1929, a treatment that received Fast Track designation by the FDA, into a global, pivotal Phase 3 trial to evaluate the efficacy and safety to treat recurrent head and neck squamous cell carcinomas," said Miguel Garcia-Guzman, CEO of Rakuten Aspyrian.

PIT, developed in 2011 by researchers at the US National Institutes of Health, is an approach to oncological treatment that uses both photodynamic therapy of a tumor and activation of the body's immunotherapy defenses against the same malignancy. The combination is designed to produce molecular targeting of the cancer cells, to achieve high tumor specificity, alongside a broad spectrum anticancer activity that is independent of the targeted tumor's exact nature.

In clinical use, the PIT compound is administered intravenously and allowed to accumulate in the tumor, binding to cancer antigens expressed by the cancer cells. Local illumination of the tumor with red light, using what the company describes as "a proprietary investigational laser and fiber optics," then activates the anticancer activity of the drug, resulting in cancer cell membrane destruction and tumor necrosis.

"Developing treatments for cancer patients is a mission I began to pursue years ago and is the motivation behind my investment in Rakuten Aspyrian," said Hiroshi Mikitani, company chairman. "Rakuten Aspyrian's approach of combining a biologic with laser-activation to target tumors holds the potential to offer an alternative treatment option to help cancer patients fight their disease."

Hiroshi Mikitani is a Japanese billionaire who founded the Rakuten company in 1997. It has since developed into an e-commerce and internet company, said to be among the largest such concerns in the world - and once characterized as "the Amazon of Japan."

Mikitani's personal interest in cancer treatments, motivated by the death of his own father from the disease in 2012, led him to become a stakeholder in US medical startup Aspyrian Therapeutics, a company which had secured the exclusive license for the PIT platform from the US National Cancer Institute and developed the ASP-1929 compound.

In November 2017 Rakuten entered the cancer treatment business by acquiring over 20 percent of Aspyrian Therapeutics, and bringing the company into the Rakuten group. At the time the company indicated a wish to "launch a medical service that capitalizes on both the cancer business and health-related data collected from shoppers on its online marketplace."

Results from Phase 1 and Phase 2 trials of ASP-1929, commencing in 2015, showed improvements in response rate and overall patient survival, according to Rakuten. The global Phase 3 multicenter clinical trial, supported by the new investment, will evaluate the efficacy and safety of ASP-1929 in patients with recurrent head and neck cancer, as well as carry out additional Phase 2 studies to treat other cancer types.

"My vision is to develop and commercialize a strong pipeline of treatments based on PIT to create a new platform for cancer treatments," commented Hiroshi Mikitani.