Gradual integration of US-headquartered spectroscopy business will see B&W Tek brand retained in the near term. 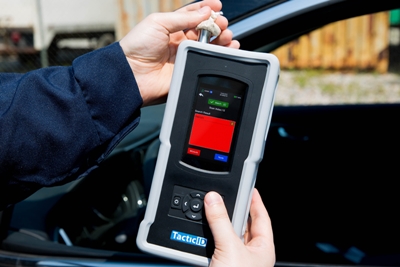 B&W Tek, the spectroscopy equipment firm with expertise in portable Raman and laser-induced breakdown techniques, is now a part of Metrohm, a Swiss provider of analytical chemistry tools.

A familiar sight on photonics trade show floors, B&W Tek is headquartered in Newark, Delaware, but since its emergence in 1997 has opened offices in Germany and China, and set up an extensive global distribution network.

Metrohm, which already markets its own line of near-infrared and Raman spectrometers, says that it plans to further develop the Raman product line. The B&W Tek brand will be retained in the near term, along with its existing sales and service operations.

“After this transition period, the gradual integration of B&W Tek into the Metrohm organization will then be started, taking into consideration the need of all stakeholders involved,” announced the Swiss firm, which is based in Herisau, near Zurich.

B&W Tek’s CEO Jack Zhou said in a joint release from the two companies: “We are excited to see the accelerated growth potential as the result, in furthering the focus on customer-centric solutions and innovations.

“The addition of complementary products and technologies by B&W Tek, together with Metrohm’s expertise in products and commercialization as well as market presence, will allow us to serve a much larger global customer base.”

“The days of a central lab with expensive and bulky instrumentation is in the past. Now, we’re developing instruments with a weight, battery-power and size that allow [them] to be easily carried into the field.”

Examples include the firm’s “NanoRam” and “TacTicID” lines of hand-held Raman spectrometers. The latest of those, launched in June 2018, is the “TacTicID-1064”, which features an on-board camera to capture photographic evidence from the scene alongside Raman spectra, and is said to offer high-sensitivity detection of opioid compounds.

Those products will now form part of Metrohm’s spectroscopy offering, which already includes the Swiss firm’s “Mira” hand-held Raman equipment – a pair of portable analyzers respectively aimed at the pharmaceutical and defense and security sectors.

The “Mira DS” analyzer is said to be able to identify explosives and illegal drugs, including the likes of cocaine, methamphetamine, TNT, and ammonium nitrate, in an instant. B&W Tek's Raman tools have been deployed in similar applications previously, including for the detection of so-called "one-pot meth" home-made narcotics.

Metrohm’s CEO Christoph Fässler said of the B&W Tek deal, for which financial terms were not disclosed: “We are pleased to strengthen our product portfolio in spectroscopy by the acquisition of B&W Tek’s R&D, production and sales organizations.”